The store sells $$$n$$$ beads. The color of each bead is described by a lowercase letter of the English alphabet ("a"–"z"). You want to buy some beads to assemble a necklace from them.

A necklace is a set of beads connected in a circle. 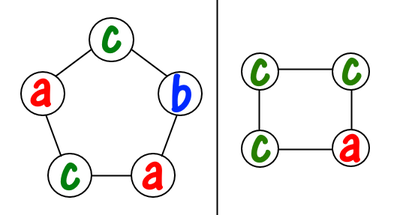 And the following necklaces cannot be assembled from beads sold in the store: 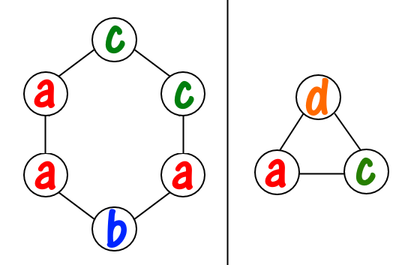 We call a necklace $$$k$$$-beautiful if, when it is turned clockwise by $$$k$$$ beads, the necklace remains unchanged. For example, here is a sequence of three turns of a necklace.

You are given the integers $$$n$$$ and $$$k$$$, and also the string $$$s$$$ containing $$$n$$$ lowercase letters of the English alphabet — each letter defines a bead in the store. You can buy any subset of beads and connect them in any order. Find the maximum length of a $$$k$$$-beautiful necklace you can assemble.

The second line of each test case contains the string $$$s$$$ containing $$$n$$$ lowercase English letters — the beads in the store.

Output $$$t$$$ answers to the test cases. Each answer is a positive integer — the maximum length of the $$$k$$$-beautiful necklace you can assemble.

The first test case is explained in the statement.

In the second test case, a $$$6$$$-beautiful necklace can be assembled from all the letters.