It's our faculty's 34th anniversary! To celebrate this great event, the Faculty of Computer Science, University of Indonesia (Fasilkom), held CPC - Coloring Pavements Competition. The gist of CPC is two players color the predetermined routes of Fasilkom in Blue and Red. There are $$$N$$$ Checkpoints and $$$M$$$ undirected predetermined routes. Routes $$$i$$$ connects checkpoint $$$U_i$$$ and $$$V_i$$$, for $$$(1 \le i \le M)$$$. It is guaranteed that any pair of checkpoints are connected by using one or more routes.

The rules of CPC is as follows:

Chaneka is interested in participating. However, she does not want to waste much energy. So, She is only interested in the number of final configurations of the routes after each round. Turns out, counting this is also exhausting, so Chaneka asks you to figure this out!

It is guaranteed that for every pair of checkpoints, there exists a path connecting them directly or indirectly using the routes.

Every possible final configuration for the example is listed below: 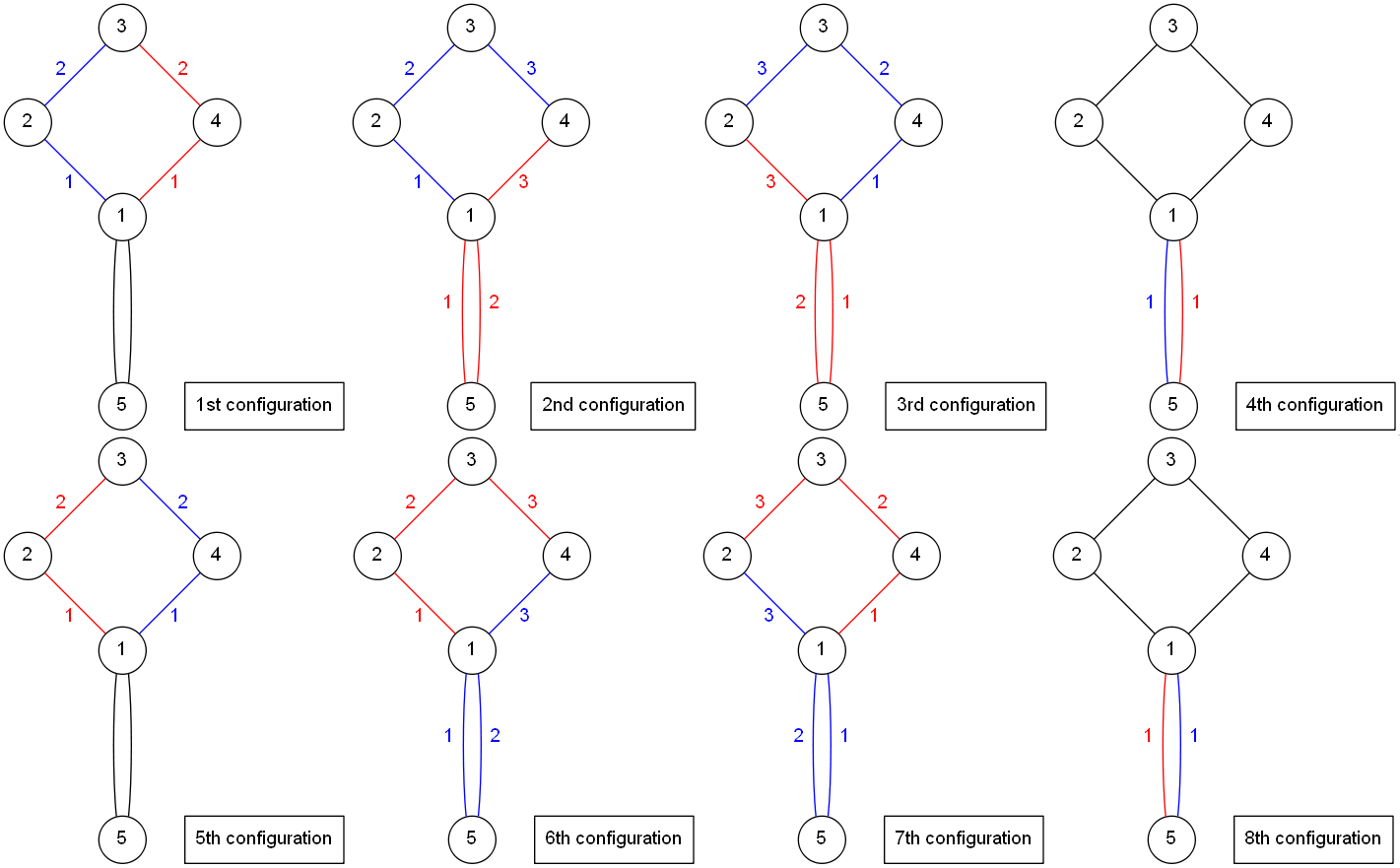