Kilani and Abd are neighbors for 3000 years, but then the day came and Kilani decided to move to another house. As a farewell gift, Kilani is going to challenge Abd with a problem written by their other neighbor with the same name Abd. 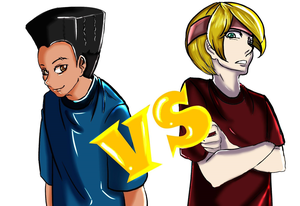 Let's define a string for each node $$$v$$$ of the tree as follows:

You should assign every node a character in a way that minimizes the number of distinct strings among the strings of all nodes.

It is guaranteed that the input describes a connected tree.

In the first line, print the minimum possible total number of distinct strings.

If there is more than one answer you can print any of them.

The tree from the sample is shown below: 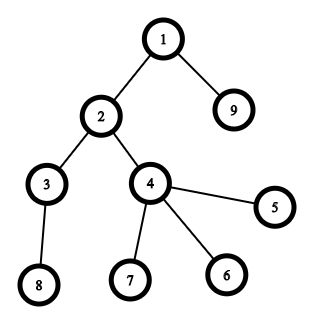 The tree after assigning characters to every node (according to the output) is the following: 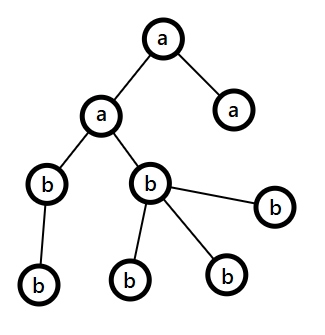 Strings for all nodes are the following: