Whenever a robot reaches a wall, it turns around instantly and continues his ride in the opposite direction with the same speed.

For each robot find out if it ever explodes and print the time of explosion if it happens and $$$-1$$$ otherwise.

The third line of each testcase contains $$$n$$$ space-separated characters 'L' or 'R' — the starting directions of the robots ('L' stands for left and 'R' stands for right).

All coordinates $$$x_i$$$ in the testcase are distinct. 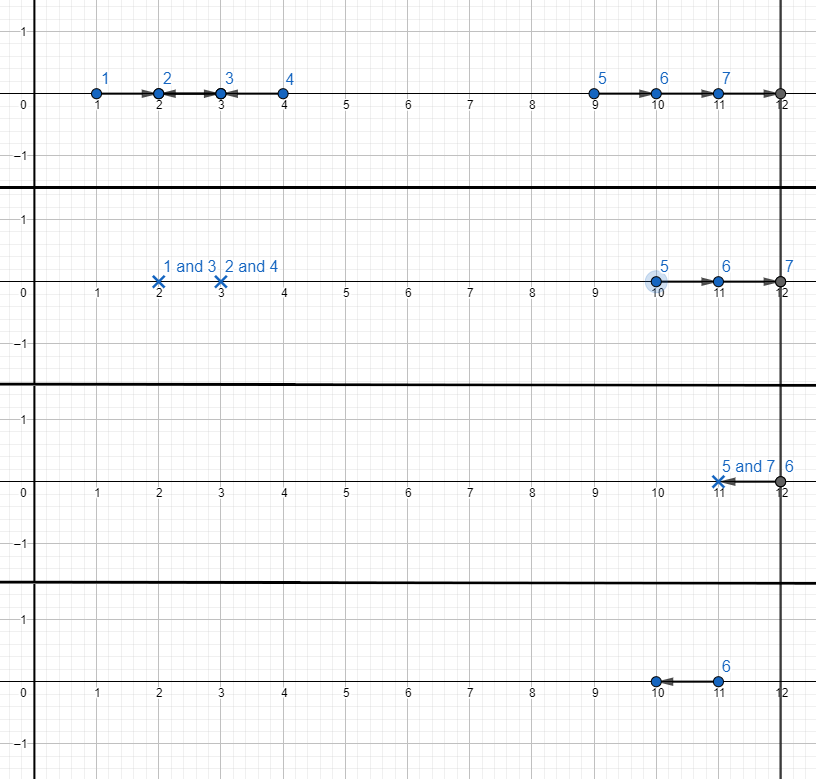