Kavi considers all ways to split these $$$2n$$$ points into $$$n$$$ pairs. Among those, he is interested in good pairings, which are defined as follows:

Consider $$$n$$$ segments with ends at the points in correspondent pairs. The pairing is called good, if for every $$$2$$$ different segments $$$A$$$ and $$$B$$$ among those, at least one of the following holds:

$$$A$$$ is a good pairing since the red segment lies completely inside the blue segment.

$$$B$$$ is a good pairing since the red and the blue segment have the same length.

$$$C$$$ is not a good pairing since none of the red or blue segments lies inside the other, neither do they have the same size.

Two pairings are called different, if some two points are in one pair in some pairing and in different pairs in another.

The good pairings for the second example are: 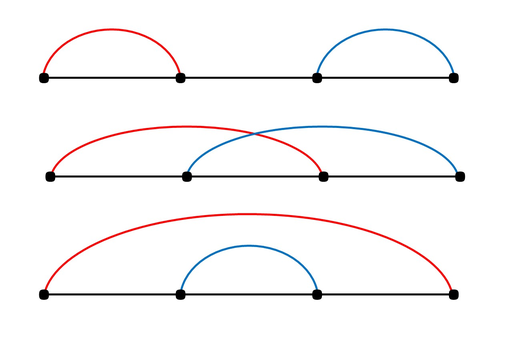 In the third example, the good pairings are: 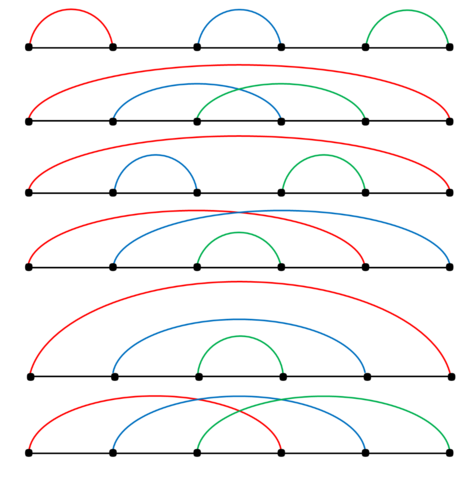