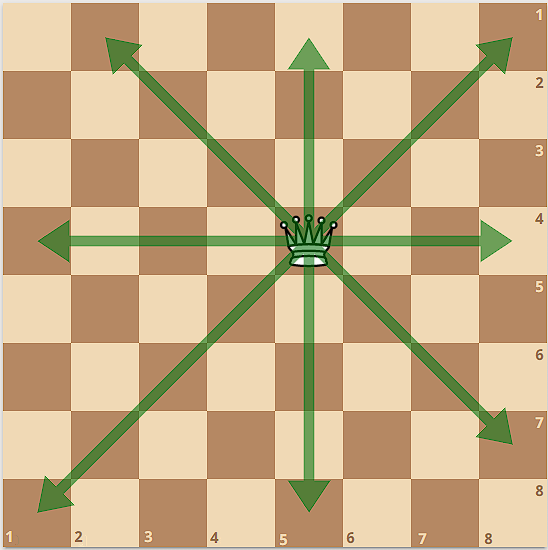 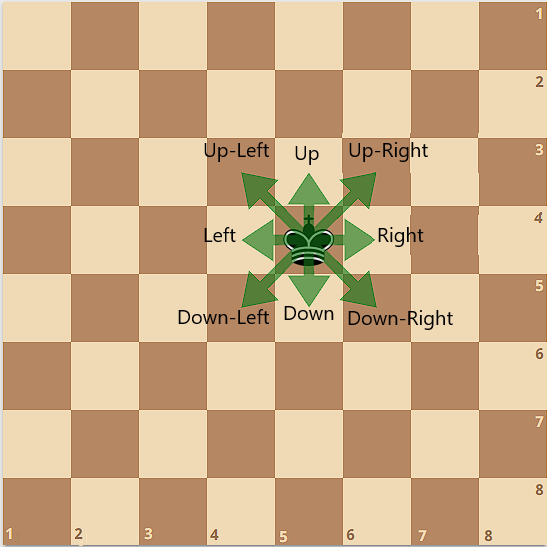 At the start of the game, you should place the queen at any location on the board, and this is done once per game. After that the king is secretly placed at any cell different from the queen's location. You do not know the position of the king. Then, the king and the queen take turns with the king moving first. The king moves to one of the possible directions ("Right", "Down", "Up-Left", etc.), and you are only given the direction it moves to. After that, you should move your queen by declaring the square to which your queen will move. The game follows like this until you win the game or run out of moves.

You win if the king has no valid moves. You lose if after $$$130$$$ moves of the queen the king still has valid moves.

In each test case, you should print the queen's starting cell immediately. If you placed the queen at the king's cell, you will win immediately.

After the initial queen placement and after each move you will receive a string $$$s$$$ that represents the direction of the king's move. It will be one of the following: "Right", "Left", "Up", "Down", "Down-Right", "Down-Left", "Up-Left", "Up-Right", or "Done" if you win the game. You should consider "Done" as the end of each test case.

If at any point you make an invalid query or try to make more than $$$130$$$ queries for each test case, the game will terminate immediately and you will receive a Wrong Answer verdict.