She does her utmost to flawlessly carry out a person's last rites and preserve the world's balance of yin and yang.

Initially, all edges in the graph have a weight of $$$0$$$. For each query, you must choose a simple path starting from $$$a$$$ and ending at $$$b$$$. Then you add $$$1$$$ to every edge along this path. Determine if it's possible, after processing all $$$q$$$ queries, for all edges in this graph to have an even weight. If so, output the choice of paths for each query.

If it is not possible, determine the smallest number of extra queries you could add to make it possible. It can be shown that this number will not exceed $$$10^{18}$$$ under the given constraints.

A simple path is defined as any path that does not visit a node more than once.

If it is possible to force all edge weights to be even, print "YES" on the first line, followed by $$$2q$$$ lines indicating the choice of path for each query in the same order the queries are given. For each query, the first line should contain a single integer $$$x$$$: the number of nodes in the chosen path. The next line should then contain $$$x$$$ spaced separated integers $$$p_i$$$ indicating the path you take ($$$p_1 = a, p_x = b$$$ and all numbers should fall between $$$1$$$ and $$$n$$$). This path cannot contain duplicate nodes and must be a valid simple path in the graph.

If it is impossible to force all edge weights to be even, print "NO" on the first line and the minimum number of added queries on the second line.

Here is what the queries look like for the first test case (red corresponds to the 1st query, blue 2nd query, and green 3rd query): 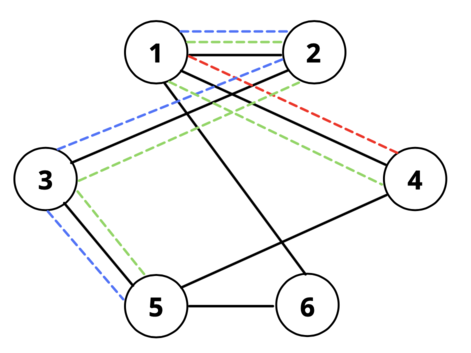 The graph in the second test case looks like this: 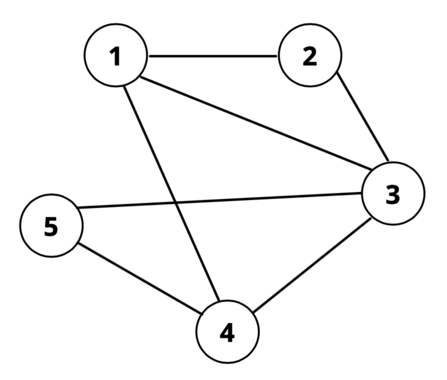 There does not exist an assignment of paths that will force all edges to have even weights with the given queries. One must add at least $$$2$$$ new queries to obtain a set of queries that can satisfy the condition.
User lists