Note that the tournament is long over, meaning that the results are fixed and do not depend on your queries.

The interaction for each test case begins by reading the integer $$$n$$$.

If you receive the integer $$$-1$$$ instead of an answer or a valid value of $$$n$$$, it means your program has made an invalid query, has exceed the limit of queries, or has given incorrect answer on the previous test case. Your program must terminate immediately to receive a Wrong Answer verdict. Otherwise you can get an arbitrary verdict because your solution will continue to read from a closed stream.

When you are ready to give the final answer, output "! x" ($$$1 \leq x \leq 2^n$$$) without quotes — the winner of the tournament. Giving this answer does not count towards the limit of queries. After solving a test case, your program should move to the next one immediately. After solving all test cases, your program should be terminated immediately.

After printing a query or the answer do not forget to output end of line and flush the output. Otherwise, you will get Idleness limit exceeded. To do this, use: 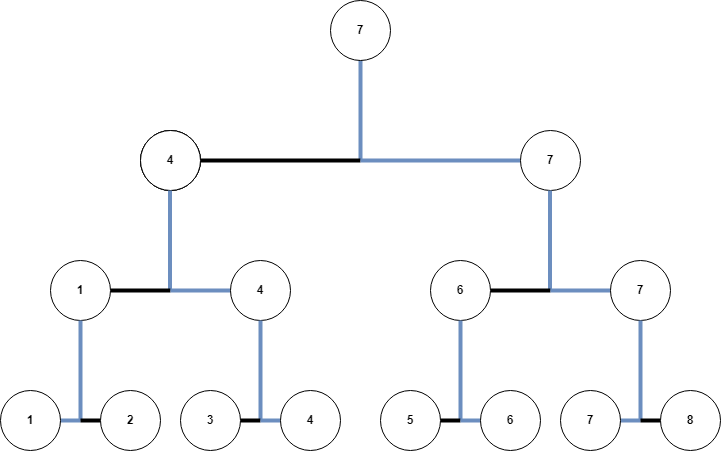 In this example, the winner is the $$$7$$$-th contestant.
User lists