Hossam has an unweighted tree $$$G$$$ with letters in vertices.

A palindrome is a string that reads the same from left to right and from right to left. For example, "abacaba" is a palindrome, but "abac" is not.

Note that the sub-palindrome is a subsequence, not a substring.

The second line contains a string $$$s$$$ of length $$$n$$$, the $$$i$$$-th symbol of which denotes the letter on the vertex $$$i$$$. It is guaranteed that all characters in this string are lowercase English letters.

For each test case output one integer — the length of the longest maximal sub-palindrome among all $$$s(v, \, u)$$$. 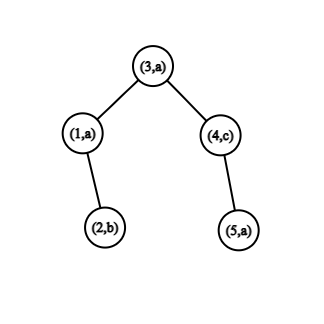 The tree from the first example. 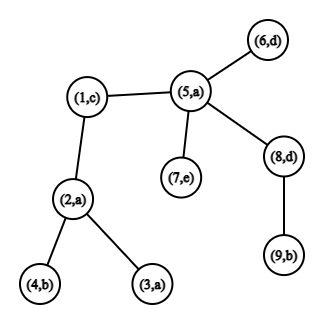 The tree from the second example.
User lists