→ Attention
Package for this problem was not updated by the problem writer or Codeforces administration after we’ve upgraded the judging servers. To adjust the time limit constraint, solution execution time will be multiplied by 2. For example, if your solution works for 400 ms on judging servers, then value 800 ms will be displayed and used to determine the verdict.
→ Virtual participation
Virtual contest is a way to take part in past contest, as close as possible to participation on time. It is supported only ICPC mode for virtual contests. If you've seen these problems, a virtual contest is not for you - solve these problems in the archive. If you just want to solve some problem from a contest, a virtual contest is not for you - solve this problem in the archive. Never use someone else's code, read the tutorials or communicate with other person during a virtual contest.
→ Problem tags
dp
*2300
No tag edit access
→ Contest materials
The problem statement has recently been changed. View the changes.
×

Manao is working for a construction company. Recently, an order came to build wall bars in a children's park. Manao was commissioned to develop a plan of construction, which will enable the company to save the most money.

After reviewing the formal specifications for the wall bars, Manao discovered a number of controversial requirements and decided to treat them to the company's advantage. His resulting design can be described as follows: 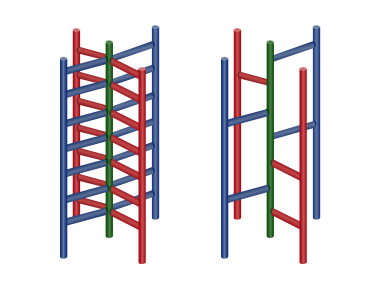 Manao is wondering how many distinct construction designs that satisfy his requirements exist. As this number can be rather large, print the remainder after dividing it by 1000000009 (109 + 9). Two designs are considered distinct if there is such height i, that the bars on the height i in these designs don't stick out in the same direction.