Two bored soldiers are playing card war. Their card deck consists of exactly n cards, numbered from 1 to n, all values are different. They divide cards between them in some manner, it's possible that they have different number of cards. Then they play a "war"-like card game.

You have to calculate how many fights will happen and who will win the game, or state that game won't end.

All card values are different.

If somebody wins in this game, print 2 integers where the first one stands for the number of fights before end of game and the second one is 1 or 2 showing which player has won.

If the game won't end and will continue forever output  - 1. 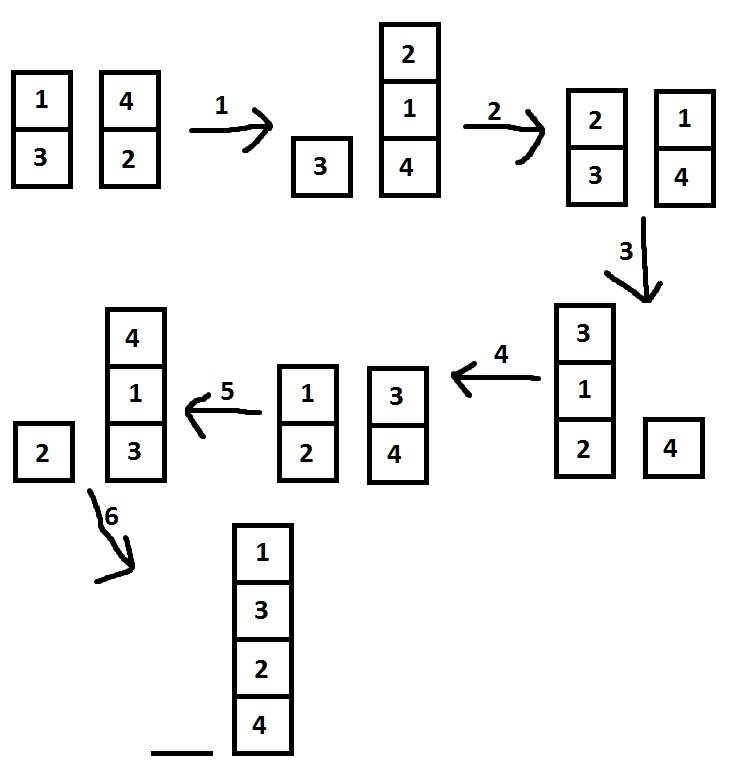