All of us know that girls in Arpa’s land are... ok, you’ve got the idea :D

Anyone knows that Arpa isn't a normal man, he is ... well, sorry, I can't explain it more. Mehrdad is interested about the reason, so he asked Sipa, one of the best biology scientists in Arpa's land, for help. Sipa has a DNA editor. 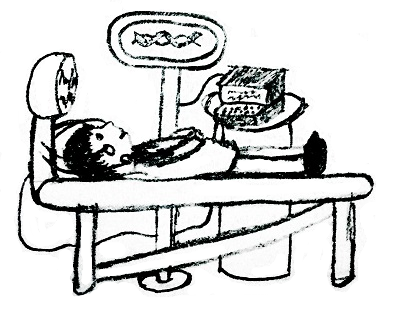 Mehrdad wants to choose the most interesting option for Arpa's DNA among these n + 1 options. DNA A is more interesting than B if A is lexicographically smaller than B. Mehrdad asked Sipa q questions:

Given integers l, r, k, x, y, what is the most interesting option if we only consider such options i that l ≤ i ≤ r and

? If there are several most interesting options, Mehrdad wants to know one with the smallest number i.

Since Sipa is a biology scientist but not a programmer, you should help him.

Print q integers. The j-th of them should be the number i of the most interesting option among those that satisfy the conditions of the j-th question. If there is no option i satisfying the conditions in some question, print -1.