Rick and his co-workers have made a new radioactive formula and a lot of bad guys are after them. So Rick wants to give his legacy to Morty before bad guys catch them.

There are n planets in their universe numbered from 1 to n. Rick is in planet number s (the earth) and he doesn't know where Morty is. As we all know, Rick owns a portal gun. With this gun he can open one-way portal from a planet he is in to any other planet (including that planet). But there are limits on this gun because he's still using its free trial. 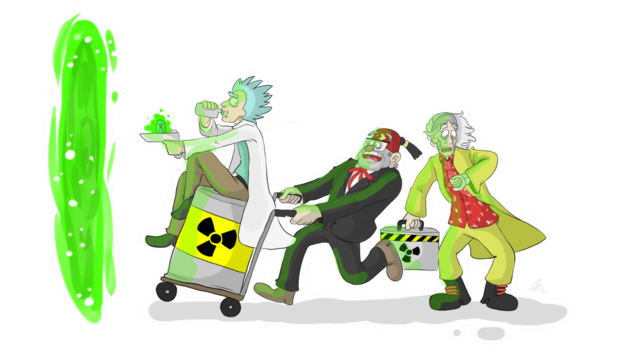 By default he can not open any portal by this gun. There are q plans in the website that sells these guns. Every time you purchase a plan you can only use it once but you can purchase it again if you want to use it more.

Rick doesn't known where Morty is, but Unity is going to inform him and he wants to be prepared for when he finds and start his journey immediately. So for each planet (including earth itself) he wants to know the minimum amount of money he needs to get from earth to that planet.

In the first and only line of output print n integers separated by spaces. i-th of them should be minimum money to get from earth to i-th planet, or  - 1 if it's impossible to get to that planet.

In the first sample testcase, Rick can purchase 4th plan once and then 2nd plan in order to get to get to planet number 2.