In this problem you will meet the simplified model of game King of Thieves.

In a new ZeptoLab game called "King of Thieves" your aim is to reach a chest with gold by controlling your character, avoiding traps and obstacles on your way. 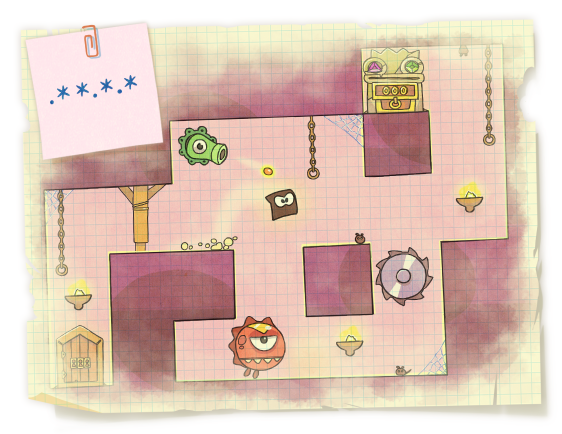 An interesting feature of the game is that you can design your own levels that will be available to other players. Let's consider the following simple design of a level.

A dungeon consists of n segments located at a same vertical level, each segment is either a platform that character can stand on, or a pit with a trap that makes player lose if he falls into it. All segments have the same length, platforms on the scheme of the level are represented as '*' and pits are represented as '.'.

One of things that affects speedrun characteristics of the level is a possibility to perform a series of consecutive jumps of the same length. More formally, when the character is on the platform number i1, he can make a sequence of jumps through the platforms i1 < i2 < ... < ik, if i2 - i1 = i3 - i2 = ... = ik - ik - 1. Of course, all segments i1, i2, ... ik should be exactly the platforms, not pits.

Next line contains the scheme of the level represented as a string of n characters '*' and '.'.