One day Om Nom found a thread with n beads of different colors. He decided to cut the first several beads from this thread to make a bead necklace and present it to his girlfriend Om Nelly. 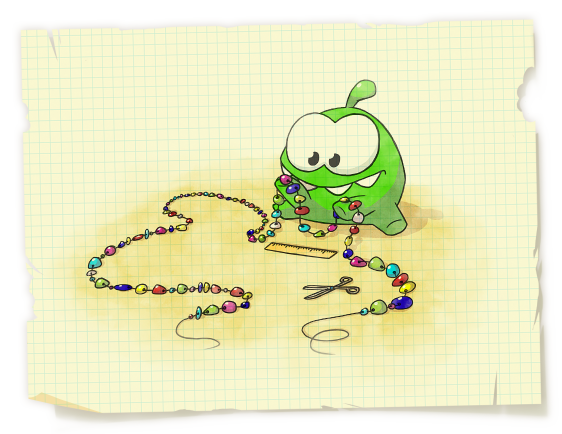 Om Nom knows that his girlfriend loves beautiful patterns. That's why he wants the beads on the necklace to form a regular pattern. A sequence of beads S is regular if it can be represented as S = A + B + A + B + A + ... + A + B + A, where A and B are some bead sequences, " + " is the concatenation of sequences, there are exactly 2k + 1 summands in this sum, among which there are k + 1 "A" summands and k "B" summands that follow in alternating order. Om Nelly knows that her friend is an eager mathematician, so she doesn't mind if A or B is an empty sequence.

Help Om Nom determine in which ways he can cut off the first several beads from the found thread (at least one; probably, all) so that they form a regular pattern. When Om Nom cuts off the beads, he doesn't change their order.

The first line contains two integers n, k (1 ≤ n, k ≤ 1 000 000) — the number of beads on the thread that Om Nom found and number k from the definition of the regular sequence above.

The second line contains the sequence of n lowercase Latin letters that represent the colors of the beads. Each color corresponds to a single letter.

Print a string consisting of n zeroes and ones. Position i (1 ≤ i ≤ n) must contain either number one if the first i beads on the thread form a regular sequence, or a zero otherwise.