She has n disks each with radius r on the 2D plane.

She then will slide the disks towards the line y = 0 one by one in order from 1 to n.

When she slides the i-th disk, she will place its center at the point (xi, 10100). She will then push it so the disk’s y coordinate continuously decreases, and x coordinate stays constant. The disk stops once it touches the line y = 0 or it touches any previous disk. Note that once a disk stops moving, it will not move again, even if hit by another disk.

Compute the y-coordinates of centers of all the disks after all disks have been pushed.

Print a single line with n numbers. The i-th number denotes the y-coordinate of the center of the i-th disk. The output will be accepted if it has absolute or relative error at most 10 - 6.

Namely, let's assume that your answer for a particular value of a coordinate is a and the answer of the jury is b. The checker program will consider your answer correct if

The final positions of the disks will look as follows: 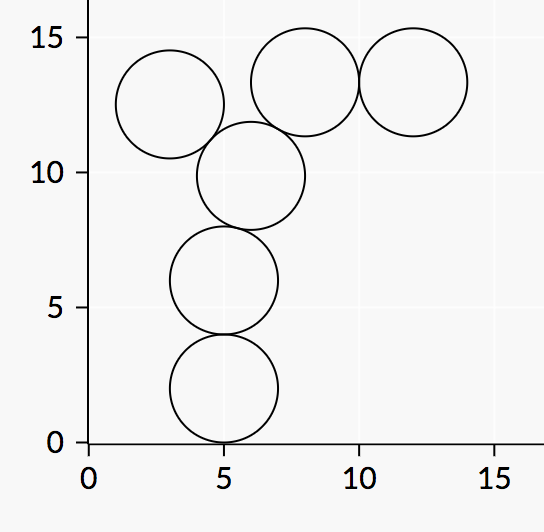 In particular, note the position of the last disk.