In my submissions page, when I click on a solution for a problem or a problem link it does not open and displays "You are not allowed to view this contest.". Although I can open the problem and my submission if I open the group page!

Sorting friends standings according to a specific division is not working!

I tried to use the option that displays the standings of a specific division with my friends and it's not working.. It works only with common standings.

And what is the best way to do this?

Why contests are not well scheduled?

Why not to schedule them having around a day or two between them?

Is it possible to view solutions that were submitted during contest time only? If it is possible, can I view only accepted solutions?

Notice: I know about CF API but I don't want to use it for that.

Oops! Something broke on Codeforces. 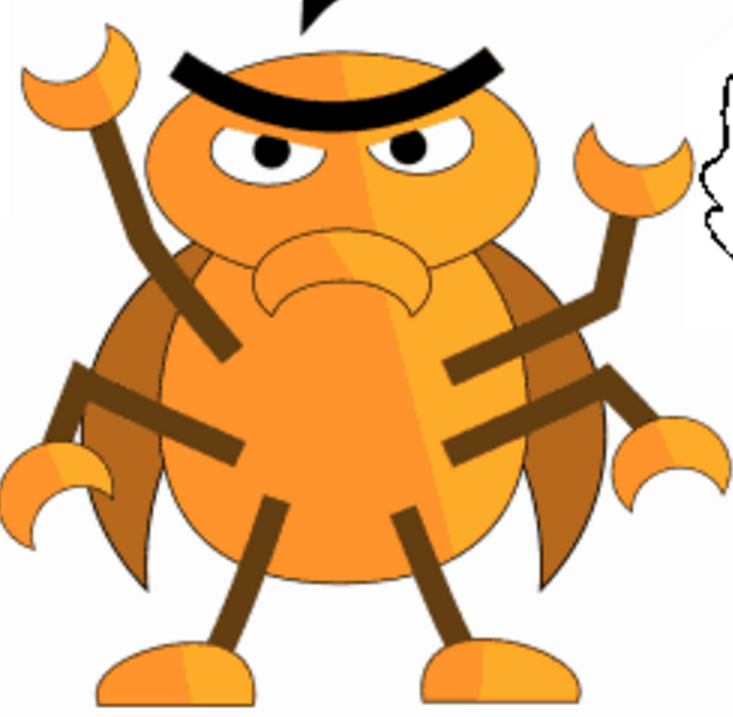 Ooops! Something has broken down in Codeforces. Do not panic, you can try to reload the page or return Home. Anyway we will carefully read megabytes of logs, analyze stacktraces and fix the problem.

The above error page appears repeatedly these days.. Please fix it :(

The only difference is at line 66:

When i = 0 the array access a[i-1] will be invalid I get that but why does this result a MLE verdict?!

Is it possible to extend the registration period for a contest on a group?

The registration is only available 5 hours before the contest!

Problems shared and problems created on codeforces polygon system for a single user could by large.

Adding the option to group a set of problems into a folder would be great!

It will make browsing problems much proper and easier!

When I try to create a package I got this error:

"PackageException: five.cpp got WA on tests#5 which violates tag MAIN."

What does it mean exactly?!!? How could it be wrong answer!! 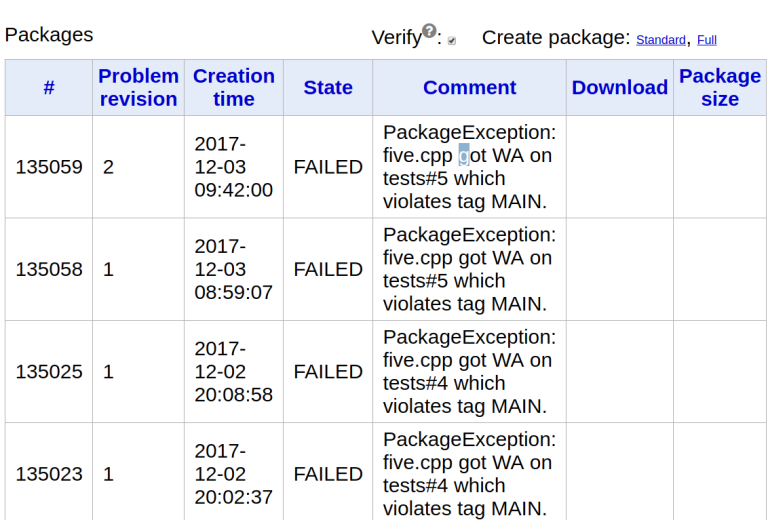 How could it get WA #4 then WA #5 although I did not commit any changes to the problem !

RuntimeError with a Dijkstra problem

I don't know why this code produces a RTE!

Could any one please help me find the problem with it?

Why does this code is RTE ?!

First one happened with me before and obviously it is not fixed yes..

When I try to hack a solution nothing loads in the hacking page. 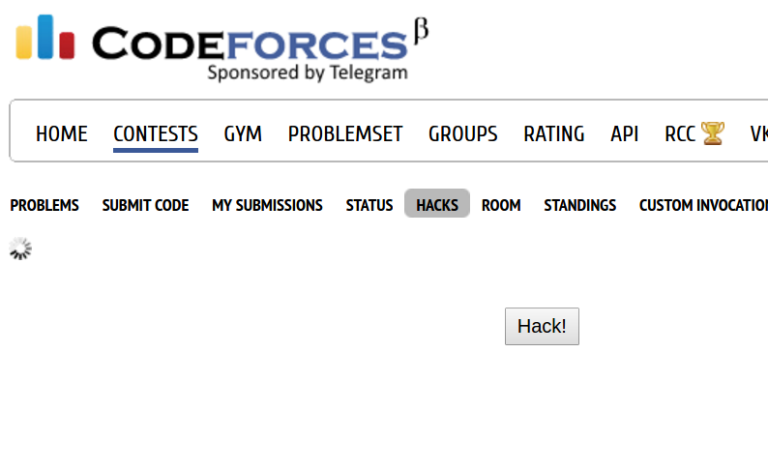 Second one is when I submit a solution this happens..

First maybe the solution is "In queue"

then "Running on pretest X"

then "Wrong answer on pretest X"

AGAIN it is displayed "Running on pretest X"

If it does run again on CF server it would be a drawback on performance.

The time when a submission is sent during a contest.

In any submission details there are several data like: verdict, time it was sent & judging time.... etc.

The time when a submission is sent during the contest time.

Like: the submission was sent after MM:SS of the beginning of the contest.

It will help us to track the time taken to solve problems during the contest!

And certainly will be helpful to track this over many contests to measure the progress of solving problems in contests!

The website has gone down for several days for now. Is it going to work soon?

what is "Minimal contest percent" in group rating ?

What is a Ghost Participant in CF Gym contests ?

Hacking malfunction during Round #411

Whenever I try to hack a solution , CF gets stuck in this case : 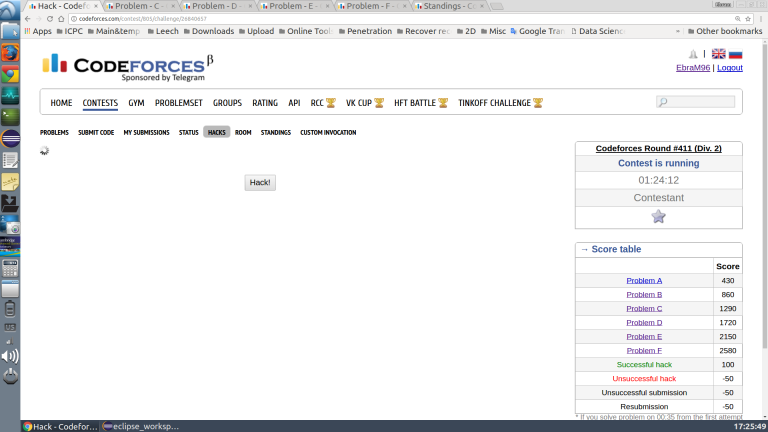 I couldn't hack any of the others' solutions !

Couple of days ago I opened CF on my mobile and it turned out to be having hell lot of ads and pop-ups . I thought that was something with my browser and I tried to access CF using another tablet device and it turns out to have the same annoying ads which doesn't even let me stay in CF page then I thought again this might be about the browser (UC Browser) so I used many different other browser but the same ads and pop-up windows :(

And now I'm using my fresh-installed OS and there are the ads again but not as much as it while browsing CF on my non-desktop devices .

Help with a Partial Sum problem + ask for similar problems .

I've been reading this great blog and tried to solve B. Troynacci Query but I couldn't :( . I already tried reading its editorial but it contained the equations directly for coding ! I couldn't understand how the equations were derived , and please :

A- I need help to solve the above problem .

B- Can I do all operations and apply modulo at the end when printing only , like :

how to get ICPC finals or regionals with editorials ?

Is there any resource to get ICPC finals or regionals problems which have editorials ? I tried the gym but there is no such thing :( ... the main reason why I'm looking for such contests is to train with my team , so any resources , suggestion or anything that would help with such training would be appreciated too . THANKS :) .

While solving I find some problems which I couldn't solve after hard trying with them ; so for such problems I'm confused ..

which is better in that case ?

B- After I'm completely done with the problem and I'm no longer making any progress with it , I start read the editorial , find what's it about and figure out what went wrong with me that made me unable to solve it .

I hope to make something makes browsing favorite posts/comments easier than just listing them under each other .

Maybe a button on saving date to show all saved posts in this date or show saved posts between two dates or maybe by tags but being like std::stack is not so favorable :D .

Strange behavior in submissions page and c++ input during : Technocup 2017 — Elimination Round 1

Edit : also after refreshing the page again I saw the same submission which already had WA verdict re-running the pretests again and surely gave the same WA !

B: These two submissions (Problem B) :

the only difference is that in the first one I used :

in the second one I used the c++ cin to get the whole string first then process it :

and I got "Pretests passed" costing me +7 minutes to get it accepted :(

why did this happen ????? thought scanf() works until it reaches end of file !