By Guslix, history, 8 months ago, 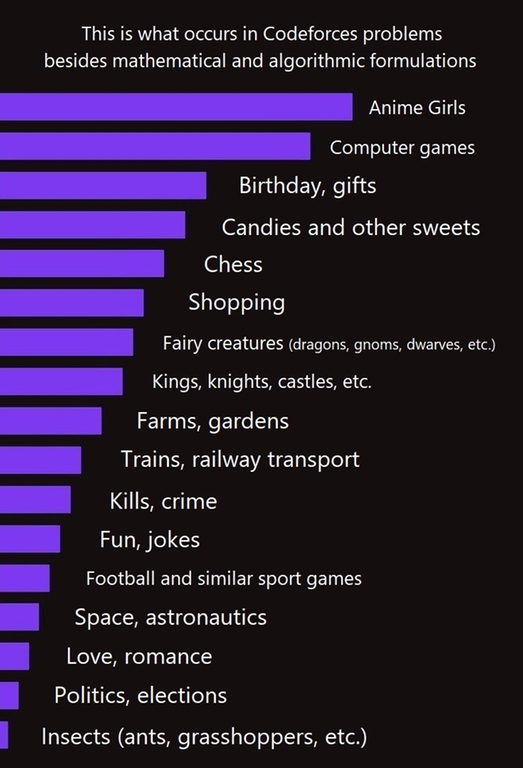 There are $$$O(\infty)$$$ different things that have mentioned in some problem statement on Codeforces and not only it. This is the top of the most interesting and common ones. Place distribution based on my observations

Thanks to creative problemsetters for so various and interesting world of competitive programming problems!

Next Permutation on Subsegment

By Guslix, history, 10 months ago,

To get the next permutation of array of its subsegment there is a simple and very old Narayana's algorithm. This algorithm invented by Indian mathematician Pandit Narayana more than 600 years ago.

This algorithm can be implemented for $$$O(\log n)$$$ on a treap. Reversal is known, and swapping is just a combination of split and merge operations. Also we need to find LNIS and NLN. LNIS is sorted by definition, so we can apply binary search in order to find NLN of $$$a_{k-1}$$$.

To get the previous permutation there's similar algorithm. Here is non-decreasing order instead of non-increasing one and next smallest element instead next largest one.

Struct node
Lazy propagation of reverse
Recalc of size and other node parameters
Split
Merge
Build a treap from array
Find k, the position of start LNIS
Find the position of NLN

By Guslix, history, 18 months ago, 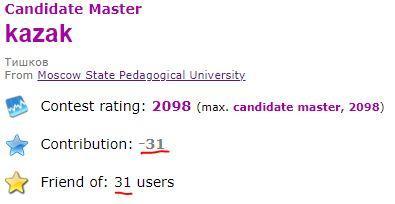