By ikar, 9 years ago, translation,

Welcome to the last Codeforces round in this year Good Bye 2013. This round will be unusual because it will be common for participants of both divisions.

The problems were prepared by authors Gerald Agapov (Gerald) and Svechnikov Artur (ikar). Pavel Kholkin (HolkinPV) and Vitaly Aksenov (Aksenov239) also help us to prepare the problems. Traditionally thanks to Michael Mirzayanov (MikeMirzayanov) for Codeforces and Polygon systems and Mary Belova (Delinur) for translating the problems.

UPD2: Thanks to all participants, we hope everyone enjoyed prepared tasks. Problem analysis.

UPD3: Congratulations to the winners of the last round in this year. Rating will be changed in a few hours.
1. BaconLi
2. Egor
3. liympanda

We wish everyone good luck, high rating and excellent mood) 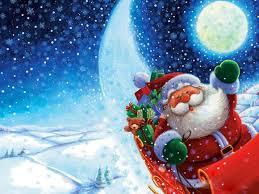