By andrewzta, 9 years ago, translation,

Russian Code Cup is a competition organized by Mail.Ru Group for Russian-speaking programmers. This year the competition will run for the fourth time to gather top 50 to great finals in Moscow in October.

Though Russian Code Cup is open only for those who speak Russian, the team that is working on problems for Russian Code Cup has decided to make a present to all CodeForces users and set up an extra round for everyone.

The round will be held on April 17 at 19-30 Moscow time. The round will be open for everyone and will have both div-1 and div-2 tasks. It will use standard CodeForces rules. The writer of most problems is Aksenov239 — author of many Russian Code Cup problems.

We wish all participants good luck and see you on Thursday at http://codeforces.com 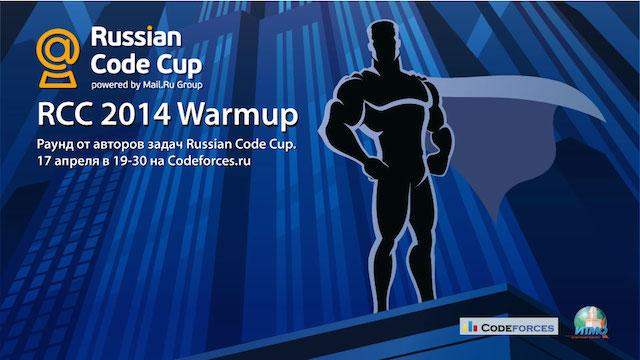