By Harbour.Space, 4 years ago, translation,

We are pleased to announce the 1st "Hello Muscat!" ICPC Programming Bootcamp, organised by Harbour.Space University with Moscow Workshops ICPC in collaboration with Moscow Institute of Physics and Technology, ITMO University, Saint Petersburg State University, GUTech University, and of course Codeforces! The Bootcamp's Gold Sponsor is Phaze Ventures, a venture capital firm and innovation platform based in Oman. The Bootcamp’s General Partner is Sberbank, the largest Russian bank and leading innovator.

We are inviting all of you to join us during 9 — 15 March, 2019 in Muscat, the capital of Oman, for an intense 7 days of programming! As always, we can't wait to see all of you learn, practice and compete on the international stage, smoothing your road towards the April World Finals in Porto.

How it works: "Hello Muscat!" Programming Bootcamp will run in parallel with the traditional Moscow pre-Finals ICPC Workshop — both Bootcamps' contests will be identical, and contestants will be able to see their position in the General Leaderboard. Every day, both camps will be competing simultaneously, 5,500 kilometers from each other!

Michael Endagorion Tikhomirov will be the Head of Programming Committee for both Muscat and Moscow. The Chief Judge of both camps will be Oleg snarknews Khristenko, and the General Coordinator is Alexey Maleev, the founder of Moscow Workshops ICPC.

All participants will have the opportunity to work under some of the most recognized coaches in the industry: Mike MikeMirzayanov Mirzayanov, Andrew andrewzta Stankevich, Michael Endagorion Tikhomirov, Gleb GlebsHP Evstropov, Artem VArtem Vasilyev, Ivan ifsmirnov Smirnov, Ilya izban Zban, and other world renowned Russian coaches. It will be an important opportunity for teams from all over the world to learn from these well-known and successful coaches in the ICPC world.

You can leave your contact details or register here — you'll be contacted upon registration. 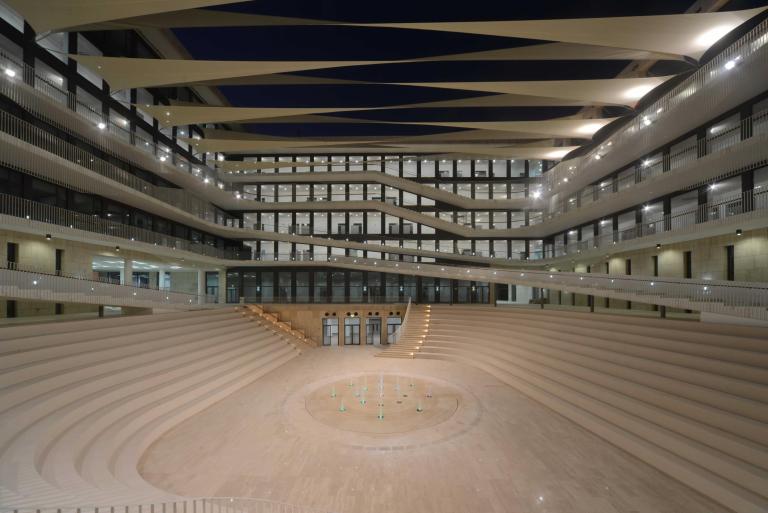 The campus is a first-of-its-kind project, and establishes Omani architecture at an international level.

The boot camp in Oman will be available to teams of different skill levels – separated by two divisions of difficulty:

The participation fee is unchanged: €1270 per person (cultural programme, accommodation and half-board meals included). Single participants and teams must register before 15 December to receive the 15% off Early Bird Discount, or the 20% off Loyalty Discount, which is awarded to teams that participated in previous Hello Programming Bootcamps or Moscow Workshops ICPC Bootcamps.

The final registration deadline is February 25, 2019.

You can ask any questions by email: hello@harbour.space

Harbour.Space University and Moscow Workshops ICPC collective efforts have resulted in a series of successful programming Hello Bootcamps, which continue to expand across the globe. In order to experience the atmosphere of the events, we suggest you familiarise yourself with the photos and videos from the previous Hello Programming Bootcamps. 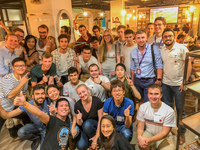