Rating changes for the last round are temporarily rolled back. They will be returned soon. ×
→ Pay attention
Before contest
Codeforces Round #750 (Div. 2)
5 days
→ Top rated
→ Top contributors
→ Find user
→ Recent actions

It's our pleasure to announce the the finals of the 12th Bubble Cup! Bubble Cup is a programming competition organized by Microsoft Development Center Serbia (MDCS). The contest will take place on Saturday, 14th of September at 10:00 UTC+2 in Belgrade, and will last for 5 hours. Live results will be available on the official Bubble Cup website. Results will be frozen during the last hour of the competition. The winners will be announced at the closing ceremony.

The format of the competition is very similar to ACM-ICPC — teams consisting of up to three people are allowed, and they have one computer and five hours to solve problems without partial scoring. Ties are broken using the usual time penalty rules.

Just like in the previous years, there will be an online mirror of the finals here at Codeforces, starting on Sunday, 15th of September at 15:35 UTC+2.

Just like last year, the onsite competition is divided in two "divisions", called Premier League and Rising Stars. The two contests will have most of their problems in common, but the Rising Stars competition will feature some easier tasks targeted at high school contestants. We do not guarantee that every problems unique to Div2 is easier than every problem that is not.

Both contests will be unrated, due to the format and the length of the mirror being dissimilar to the standard Codeforces rated rounds. Note that this is a team contest, i.e. competing in teams up to three people is allowed. (Of course, you can also compete in a 1-person team.) There will be at least 8 problems in each division.

Here are the past Bubble Cup mirrors on Codeforces:

The problems and their solutions were created by employees and interns of Microsoft Development Center Serbia (MDCS).

We are very grateful to MikeMirzayanov and the rest of the Codeforces team for their support and the wonderful Polygon platform. Special thanks to knightL for big help with problem testing.

The full editorial, together with the statements and solutions of the tasks from the qualification rounds, will be available in the booklet section of the Bubble Cup website on Sunday.

We wish good luck to all participants!

Congratulations to everyone who participated!

Top three teams in Div1 who were also the only teams who solved all 9 problems:

Winners of Div2 are:

You can now find the solutions to the problems in the booklet section of the Bubble Cup website.

Thanks to everyone who took part in the competition! 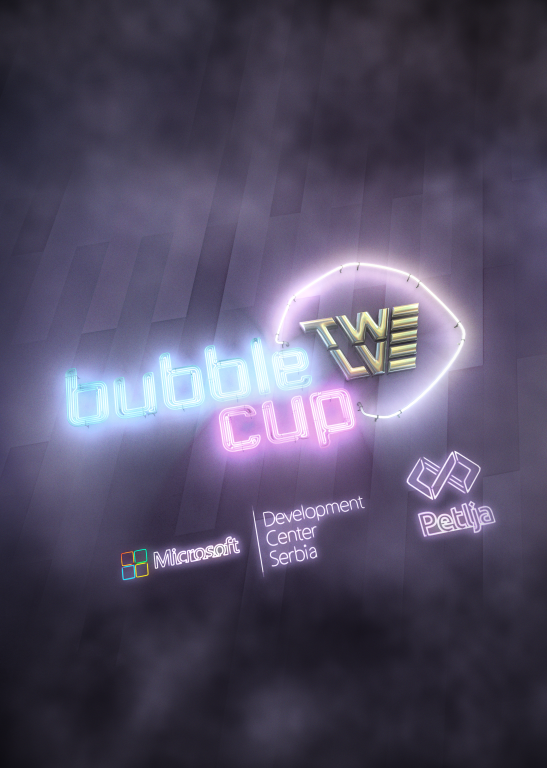