By Egor, 10 years ago, translation,

Second to go is Shanghai Jiao Tong University Mithril team. I have a little trivia to share about this team actually. SJTU won World Finals three times — in 2002, 2005 and 2010. One student usually can participate in no more than 2 finals, but from what I heard (correct me if I’m wrong) in China there is a custom rule that student can’t participate in more than one World Finals. Hence Bin Jin started as substitute in his team.

SJTU won Jinhua (2 problems ahead of second place) and Dhaka Regional Contests. They were highest placed (3rd) Chinese team in the Battle of Giants (team match between Russia and China) 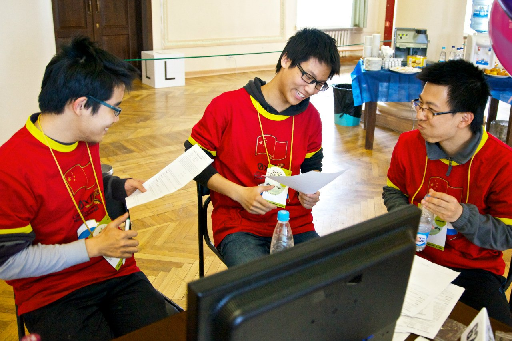 This team has very good results, but what is more important — experience of winning big things. I think they have at least 60% chance to win gold.