SPbSU 4 team is up for preview today. This is team’s second season in this line up, although it was not eligible for ACM ICPC last season as Egor Suvorov was still a high school student. 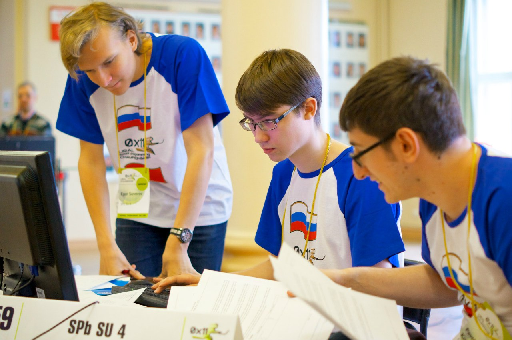 Personal achievements are splendid as well:

Overall I think this is one of a few teams that have chance to win World Finals. At the same time I think consistency is not one of their strengths, hence I think they have 50% chance to win gold.