By Dardy, history, 2 years ago,

Catalan Numbers is a well known sequence of integers that appear in combinatorics, there is a chance that you might have run into such counting problems and you might have even solved them with DP without realizing that they are a known sequence. Here is a problem to get us started. 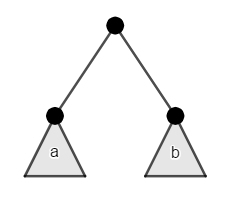 It follows that the generalized formula is:

This is basically a convolution on Catalan. The number of variables is $$$k+1$$$. I will refer to this as the $$$k$$$ th convolution of Catalan.

Now this recurrence formula gives out the same solution:

So, the count of good sequences is:

Similar to above, a building table approach could be used to efficiently calculate it (derived using combination expansion)

Thank you for reading! This is my first tutorial so I hope It is both clear and insightful! If you have any suggestions on how to improve it or caught any errors, let me know!

UPD 1: added a not very detailed proof of the formula of catalan convolution