T1duS, kshitij_sodani and I will be capturing the live updates of the Amritapuri 2020 Regionals, for teams to later refer to first-solves and the state of ranklist after various times. It is inspired by similar blogs in the past, like this, for example. 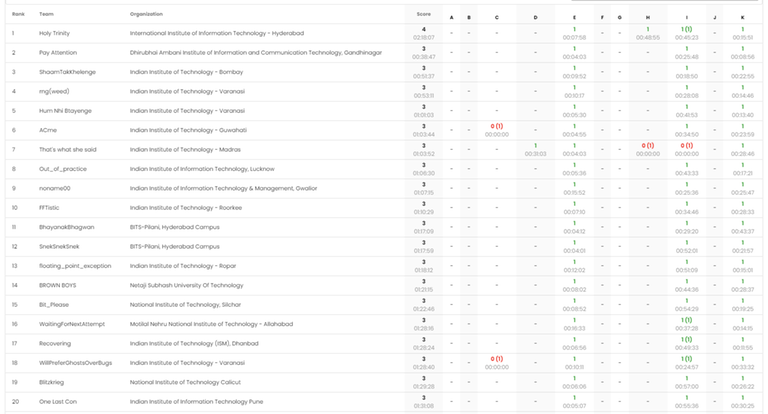 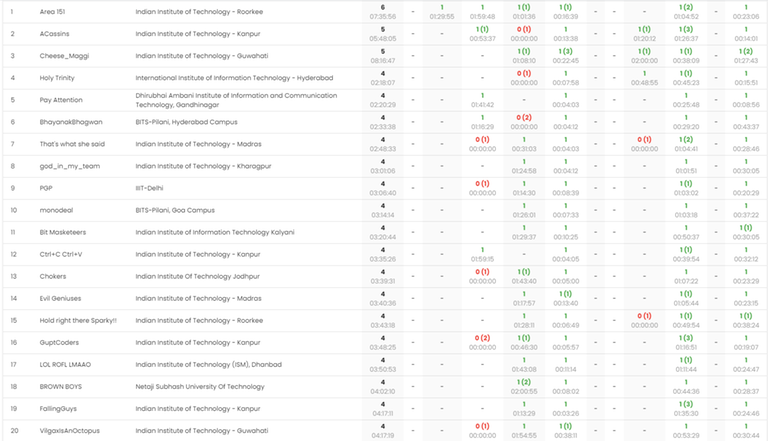 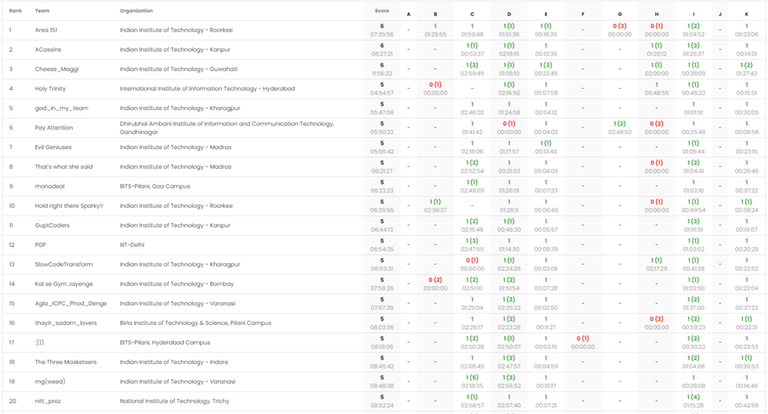 Update: The final ranklist after plagiarism checks, etc, will tentatively be revealed along with winners at the discussion / ceremony on 21st August, Saturday. (Source)

Update 2: To not keep the contestants waiting, we have decided to release the ranklist early. Congratulation to all the teams!