By babbaranuj_exposed, history, 12 months ago,

Lets first give the introduction of these two DUMBOS.

Ans: I am also among one of the YouTubers who belong to the company Amazon.

Ans: I am wanting to clear the misconception that they have spread about the company, and how they are misusing there wrong doings to wrongly influence people to do wrong tasks.

Recently Babbar posted that he will be resigning Amazon. Next Anuj posts that Amazon asked him to choose YouTube or Amazon, and he makes a video that he left Amazon for students. The moment Anuj released the video, Babbar felt he will loose out on fame, so within an hour, he posted on Linkedin that he also stood with 3L students over Amazon. The screenshots of these things are below..

PS: Both reportedly took a lot of videos private, and changes titles thumbnails. From "AMAZON engineer" to "Software Developer". 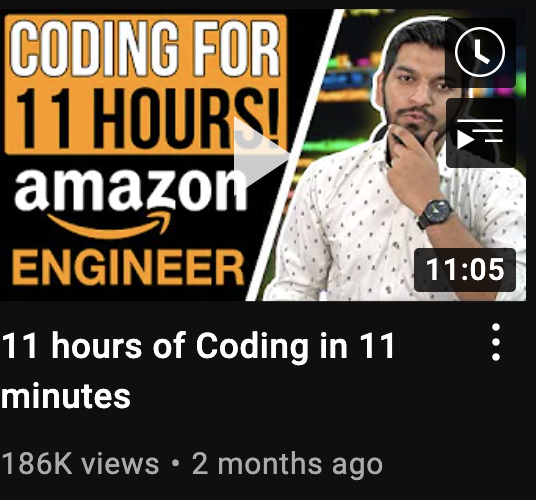 Amazon did not fire them, amazon asked them to give a written statement on why they did that. Amazon never interfered on their channel's content. We have other youtubers along with me, anshika, soumyajit, codeskool, riddhi and others, who were not questioned by any one. Babbar resigned as he was to join Microsoft, but he saw this as a perfect setup to gain views, subscribers, and reach. Anuj at the other hand is earning 4x of what he was doing at Amazon, he followed Chaman Dhattarwal's path.

Anuj still puts a bit of sensible content, but this Babbar has just used "AMAZON" tag to guide students. Irony is, a person who has never has done CP guides how to do CP, a person from tier 1 guides how to get off campus placements to tier 3 people. Sadly but the audience is such a FOOL.

And this is what they call the so called STAND for STUDENTS! India has 3L+ FOOLS, SADLY!

Build your own Brand, stop using Company's name! Amazon is one of the best companies I have worked for till date!

They found a perfect setup, to use sympathy by fooling innocent students that they left for them. Please share this blog so that the students are not fooled.

Reason of uploading this on Codeforces and not on Linkedin ?

Ans: I don't have so many followers there, and even if I make a video, their audience is so noob that they will destroy my inbox as they are doing here at codeforces. Here, you get equal reach if you have a valid point, and I feel it was the need of the hour. Kudos to Codeforces for sharing this post!