→ Attention
The package for this problem was not updated by the problem writer or Codeforces administration after we've upgraded the judging servers. To adjust the time limit constraint, a solution execution time will be multiplied by 2. For example, if your solution works for 400 ms on judging servers, then the value 800 ms will be displayed and used to determine the verdict.
→ Virtual participation
Virtual contest is a way to take part in past contest, as close as possible to participation on time. It is supported only ICPC mode for virtual contests. If you've seen these problems, a virtual contest is not for you - solve these problems in the archive. If you just want to solve some problem from a contest, a virtual contest is not for you - solve this problem in the archive. Never use someone else's code, read the tutorials or communicate with other person during a virtual contest.
→ Problem tags
dfs and similar
dsu
graphs
*1500
No tag edit access
→ Contest materials
The problem statement has recently been changed. View the changes.
×

...Once upon a time a man came to the sea. The sea was stormy and dark. The man started to call for the little mermaid to appear but alas, he only woke up Cthulhu...

Whereas on the other end of the world Pentagon is actively collecting information trying to predict the monster's behavior and preparing the secret super weapon. Due to high seismic activity and poor weather conditions the satellites haven't yet been able to make clear shots of the monster. The analysis of the first shot resulted in an undirected graph with n vertices and m edges. Now the world's best minds are about to determine whether this graph can be regarded as Cthulhu or not.

To add simplicity, let's suppose that Cthulhu looks from the space like some spherical body with tentacles attached to it. Formally, we shall regard as Cthulhu such an undirected graph that can be represented as a set of three or more rooted trees, whose roots are connected by a simple cycle.

It is guaranteed that the graph contains no multiple edges and self-loops. 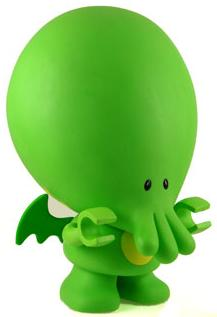 Each of the following m lines contains a pair of integers x and y, that show that an edge exists between vertices x and y (1 ≤ x, y ≤ n, x ≠ y). For each pair of vertices there will be at most one edge between them, no edge connects a vertex to itself.

A tree is a connected undirected graph consisting of n vertices and n - 1 edges (n > 0).

A rooted tree is a tree where one vertex is selected to be the root.