Interestingly enough, these three features pass all the tests on Demid's development server, which has index 1, but might fail the tests on some other servers.

Your company has two important instruments for the deployment of new features to servers: Continuous Deployment (CD) and Continuous Testing (CT). CD can be established between several pairs of servers, forming a directed graph. CT can be set up on some set of servers.

You are to configure the CD/CT system, and after that Demid will deploy all three features on his development server. Your CD/CT system must deploy each feature exactly to the set of servers that Daisy wants.

Your company does not have a lot of computing resources, so you can establish CD from one server to another at most $$$264$$$ times.

If it is impossible to configure CD/CT system with CD being set up between at most $$$264$$$ pairs of servers, then output the single line "Impossible".

Otherwise, the first line of the output must contain the line "Possible".

CD/CT system for the first sample test is shown below. 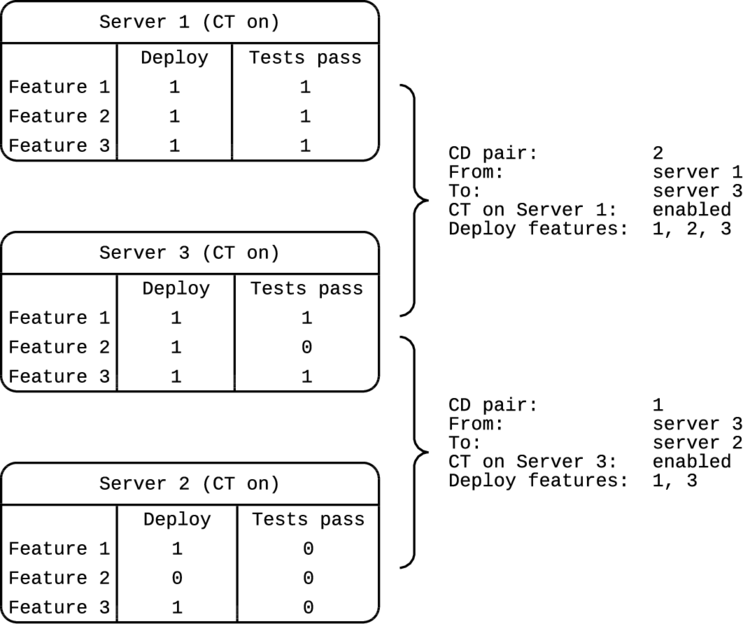