Bashar was practicing for the national programming contest. Because of sitting too much in front of the computer without doing physical movements and eating a lot Bashar became much fatter. Bashar is going to quit programming after the national contest and he is going to become an actor (just like his father), so he should lose weight.

In order to lose weight, Bashar is going to run for $$$k$$$ kilometers. Bashar is going to run in a place that looks like a grid of $$$n$$$ rows and $$$m$$$ columns. In this grid there are two one-way roads of one-kilometer length between each pair of adjacent by side cells, one road is going from the first cell to the second one, and the other road is going from the second cell to the first one. So, there are exactly $$$(4 n m - 2n - 2m)$$$ roads. 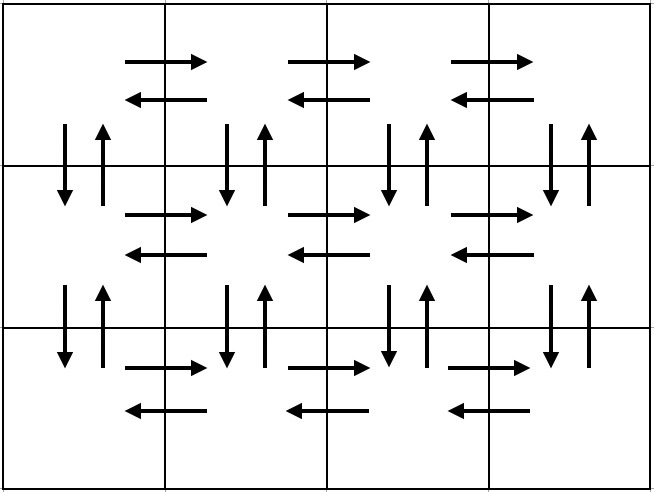 Bashar wants to run by these rules:

Can you help him and give him a correct sequence of moves such that the total distance he will run is equal to $$$k$$$ kilometers or say, that it is impossible?

Bashar will start from the top-left cell. Make sure to move exactly $$$k$$$ moves without visiting the same road twice and without going outside the grid. He can finish at any cell.

The moves Bashar is going to move in the first example are: "RRLL".

It is not possible to run $$$1000000000$$$ kilometers in the second example because the total length of the roads is smaller and Bashar can't run the same road twice.

The moves Bashar is going to move in the third example are: "RRDDLLRR".

The moves Bashar is going to move in the fifth example are: "RRRLLLDRRRDULLLD". It is the picture of his run (the roads on this way are marked with red and numbered in the order of his running): 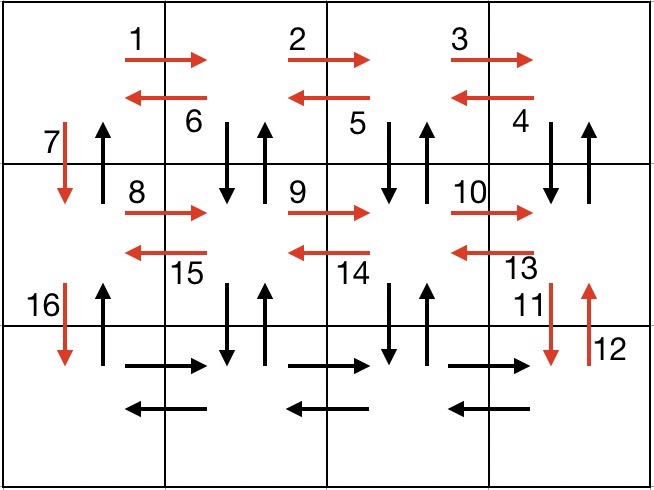