Writing light novels is the most important thing in Linova's life. Last night, Linova dreamed about a fantastic kingdom. She began to write a light novel for the kingdom as soon as she woke up, and of course, she is the queen of it.

As the queen, Linova plans to choose exactly $$$k$$$ cities developing industry, while the other cities will develop tourism. The capital also can be either industrial or tourism city.

A meeting is held in the capital once a year. To attend the meeting, each industry city sends an envoy. All envoys will follow the shortest path from the departure city to the capital (which is unique).

In order to be a queen loved by people, Linova wants to choose $$$k$$$ cities which can maximize the sum of happinesses of all envoys. Can you calculate the maximum sum for her?

It is guaranteed that from any city, you can reach any other city by the roads.

Print the only line containing a single integer  — the maximum possible sum of happinesses of all envoys. 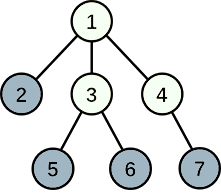 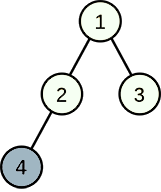