Jett is tired after destroying the town and she wants to have a rest. She likes high places, that's why for having a rest she wants to get high and she decided to craft staircases.

A staircase with $$$n$$$ stairs is called nice, if it may be covered by $$$n$$$ disjoint squares made of cells. All squares should fully consist of cells of a staircase.

This is how a nice covered staircase with $$$7$$$ stairs looks like: 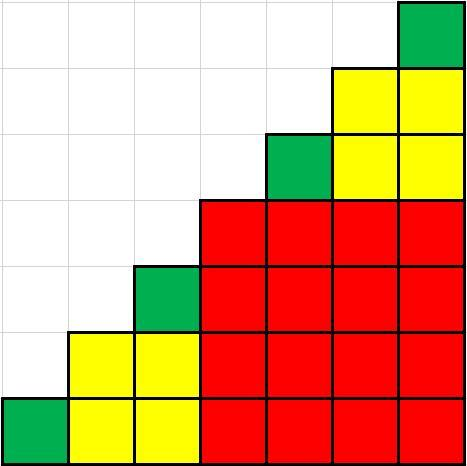 Find out the maximal number of different nice staircases, that can be built, using no more than $$$x$$$ cells, in total. No cell can be used more than once.

For each test case output a single integer  — the number of different nice staircases, that can be built, using not more than $$$x$$$ cells, in total.

In the second test case, it is possible to build two different nice staircases: one consists of $$$1$$$ stair, and another consists of $$$3$$$ stairs. This will cost $$$7$$$ cells. In this case, there is one cell left, but it is not possible to use it for building any nice staircases, that have not been built yet. That's why the answer is $$$2$$$.