Gaurang has grown up in a mystical universe. He is faced by $$$n$$$ consecutive 2D planes. He shoots a particle of decay age $$$k$$$ at the planes.

A particle can pass through a plane directly, however, every plane produces an identical copy of the particle going in the opposite direction with a decay age $$$k-1$$$. If a particle has decay age equal to $$$1$$$, it will NOT produce a copy.

Gaurang is unable to cope up with the complexity of this situation when the number of planes is too large. Help Gaurang find the size of the multiset $$$S$$$, given $$$n$$$ and $$$k$$$.

Note: Particles can go back and forth between the planes without colliding with each other.

Let us explain the first example with four test cases. 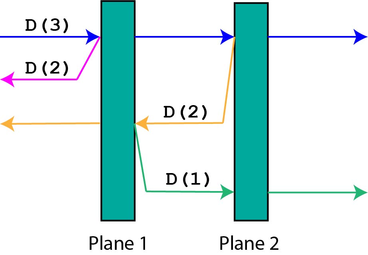