There is a grid with $$$n$$$ rows and $$$m$$$ columns. Every cell of the grid should be colored either blue or yellow. 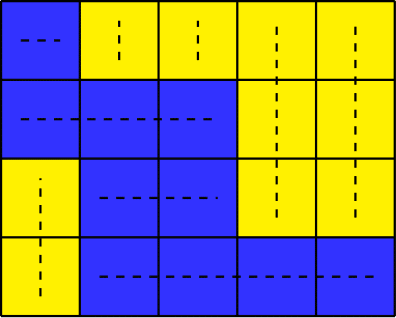 An example of a stupid coloring.

How many stupid colorings of the grid are there? Two colorings are considered different if there is some cell that is colored differently.

In the first test case, these are the only two stupid $$$2\times 2$$$ colorings.