This is the hard version of the problem. The difference between the versions is the constraints on $$$a_i$$$. You can make hacks only if all versions of the problem are solved.

Little Dormi has recently received a puzzle from his friend and needs your help to solve it.

You are now tasked with finding the minimum amount of operations in order to solve the puzzle. Note that Little Dormi will never give you a puzzle that is impossible to solve.

Each of the next $$$n$$$ lines contains $$$m$$$ characters, describing each row of the board. If a character on a line is '.', the corresponding cell is empty. If it is '#', the cell contains a block of sand.

Print one non-negative integer, the minimum amount of operations needed to solve the puzzle. 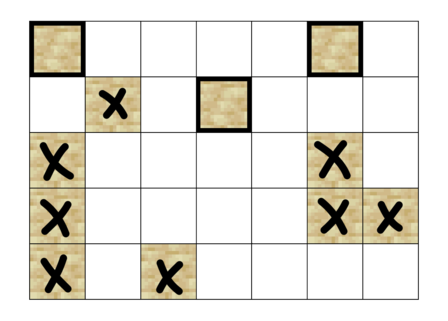 For example $$$2$$$, by disturbing the cell on the top row and rightmost column, one can cause all of the blocks of sand in the board to fall into the counters at the bottom. Thus, the answer is $$$1$$$. Here is the puzzle from the second example. 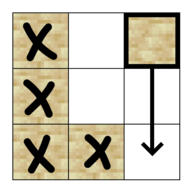 For example $$$3$$$, by disturbing the cell on the top row and rightmost column, it is possible to have all the required amounts of sand fall in each column. It can be proved that this is not possible with fewer than $$$1$$$ operation, and as such the answer is $$$1$$$. Here is the puzzle from the third example. 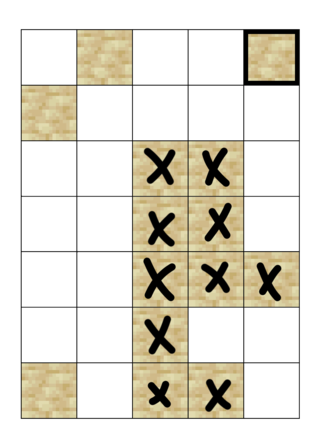