Misha had been banned from playing chess for good since he was accused of cheating with an engine. Therefore, he retired and decided to become a xorcerer.

If multiple solutions exist, output any. You don't have to minimize the number of operations.

Please refer to the following pictures for an explanation of the third test. Only the first $$$4$$$ spells are shown since the last $$$2$$$ do nothing. The first picture represents the tree initially with the number of stones for each node written above it in green. Changes applied by the current spell are highlighted in red. 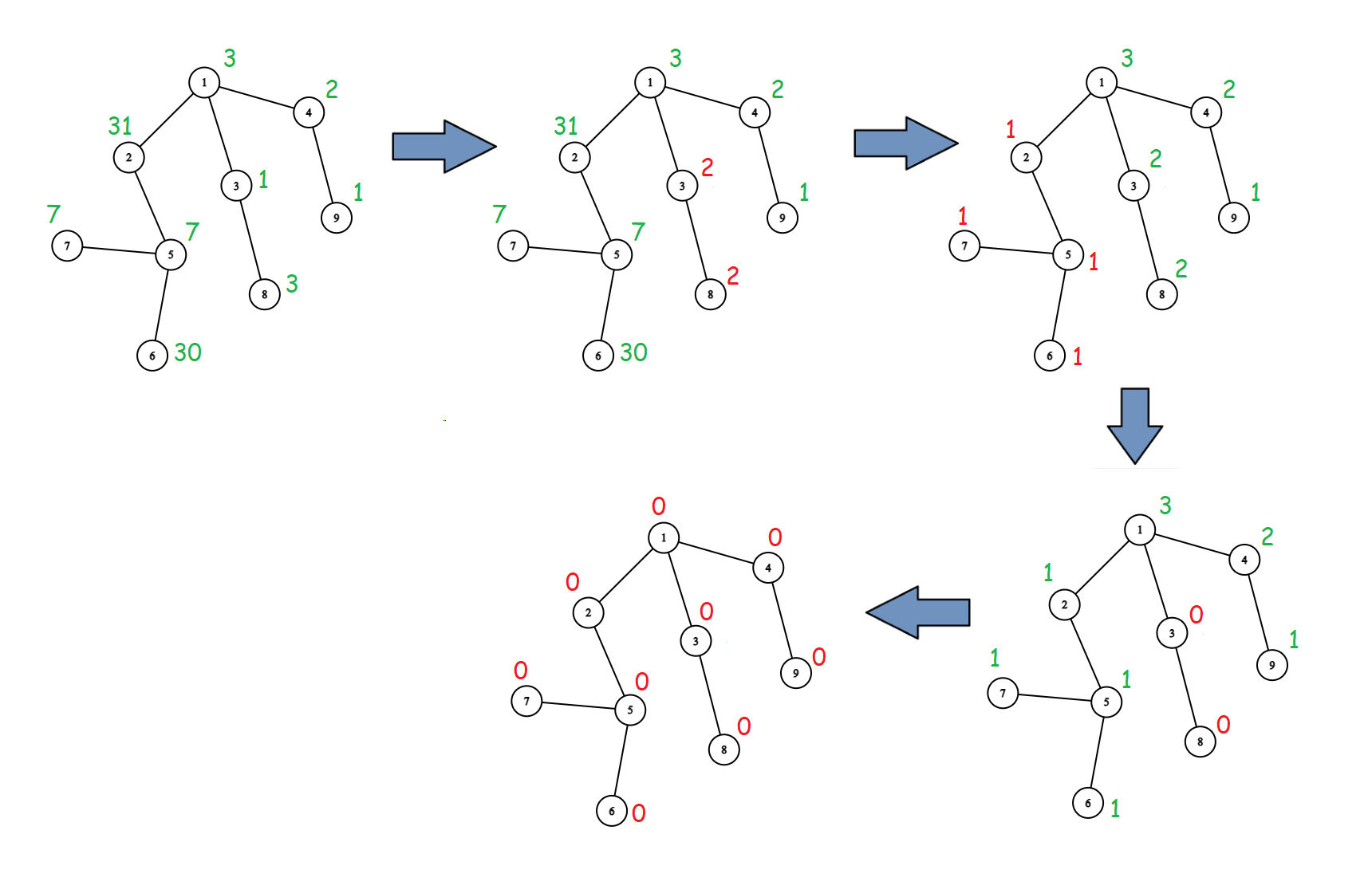