Sasha and Ira are two best friends. But they aren’t just friends, they are software engineers and experts in artificial intelligence. They are developing an algorithm for two bots playing a two-player game. The game is cooperative and turn based. In each turn, one of the players makes a move (it doesn’t matter which player, it's possible that players turns do not alternate).

Algorithm for bots that Sasha and Ira are developing works by keeping track of the state the game is in. Each time either bot makes a move, the state changes. And, since the game is very dynamic, it will never go back to the state it was already in at any point in the past.

Sasha and Ira are perfectionists and want their algorithm to have an optimal winning strategy. They have noticed that in the optimal winning strategy, both bots make exactly N moves each. But, in order to find the optimal strategy, their algorithm needs to analyze all possible states of the game (they haven’t learned about alpha-beta pruning yet) and pick the best sequence of moves.

They are worried about the efficiency of their algorithm and are wondering what is the total number of states of the game that need to be analyzed?

The first and only line contains integer N.

Start: Game is in state A.

Overall, there are 19 possible states of the game their algorithm needs to analyze. 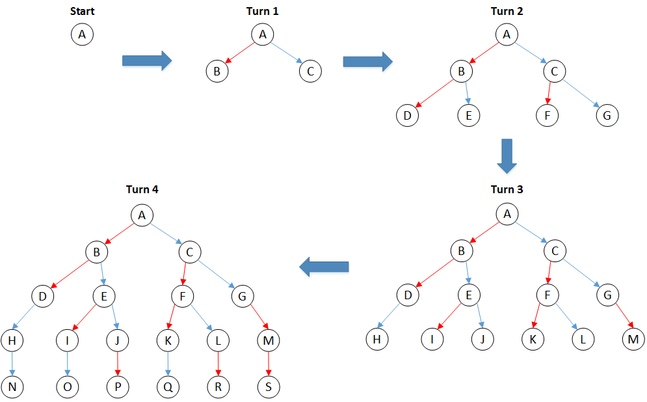