A month ago, I joined the wonderful Codeforces team led by Mike Mirzayanov (MikeMirzayanov). Traditionally, to understand all the niceties of this project, my work begun from Polygon system. I would like to tell you about its changes. 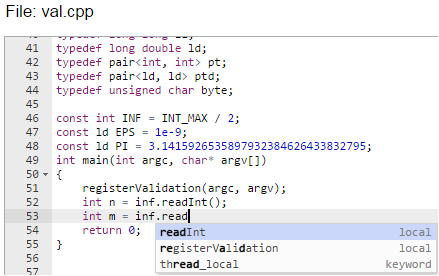 Unfortunately, Ace Editor not support scrolling text on the smartphones and the tablets. Because of that on them left the old text editor. 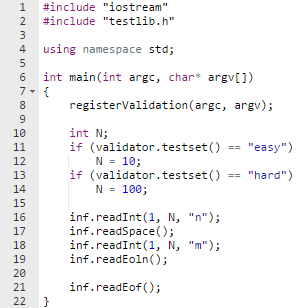 When you startup invocation Polygon will alert you, if there is declarated feature, which did not met in tests. In out examples it will say, that tests does not contains disconnected graph and big trees.