FFT — The tough made simple.

Aim — To multiply 2 n-degree polynomials in

instead of the trivial O(n2)

I have poked around a lot of resources to understand FFT (fast fourier transform), but the math behind it would intimidate me and I would never really try to learn it. Finally last week I learned it from some pdfs and CLRS by building up an intuition of what is actually happening in the algorithm. Using this article I intend to clarify the concept to myself and bring all that I read under one article which would be simple to understand for others struggling with fft.

So our methodology would be this

And the inverse, that is the conversion from point value form to coefficient form for the same polynomial can be shown as this

Note — This is NOT the actual FFT algorithm but I would say that understanding this would layout framework to the real thing.
Note — This is actually DFT algorithm, ie. Discrete fourier transform.

Note — Here the algorithm was performed wherein we used x0, x1, ..., x2n - 1 as ordinary real numbers, the FFT on the other hand uses roots of unity instead and we are able to optimize the O(n2) conversions from coefficient to point value form and vice versa to

because of the special mathematical properties of roots of unity which allows us to use the divide and conquer approach. I would recommend to stop here and re-read the article till here until the algorithm is crystal clear as this is the raw concept of FFT.

A math primer on complex numbers and roots of unity would be a must now. 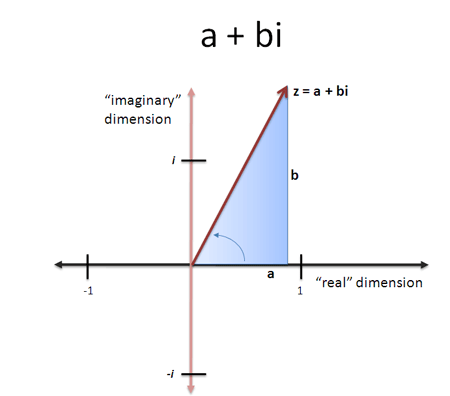 In the image above, n = 2, n = 3, n = 4, from LEFT to RIGHT.
Intuitively, we can see that the nth root of unity lies on the circle of radius 1 unit (as its argument is equal to 1) and they are symmetrically placed ie. they are the vertices of a n — sided regular polygon.

Graphically see the roots of unity in a circle then this is quite intuitive.

Now let us prove some lemmas before proceeding further

The FFT — Converting from coefficient form to point value form

Note — Let us assume that we have to multiply 2 n — degree polynomials, when n is a power of 2. If n is not a power of 2, then make it a power of 2 by padding the polynomial's higher degree coefficients with zeroes.
Now we will see how is A(x) converted from coefficient form to point value form in