The relationship between IQ and CF Rating (continued)

Sorry for the delay on the update blog.

This is a continuation of my blog on the relationship between IQ and CF Rating. Previous Blog Post

First off, I would like to begin by expressing my gratitude to everyone who submitted the form. In the end, I received over 140 submissions, which is a crazy number. Thank you to everyone.

After putting all the data into excel, I saw there was almost no correlation in any of the categories.

Here are the scatter plots for all the categories: 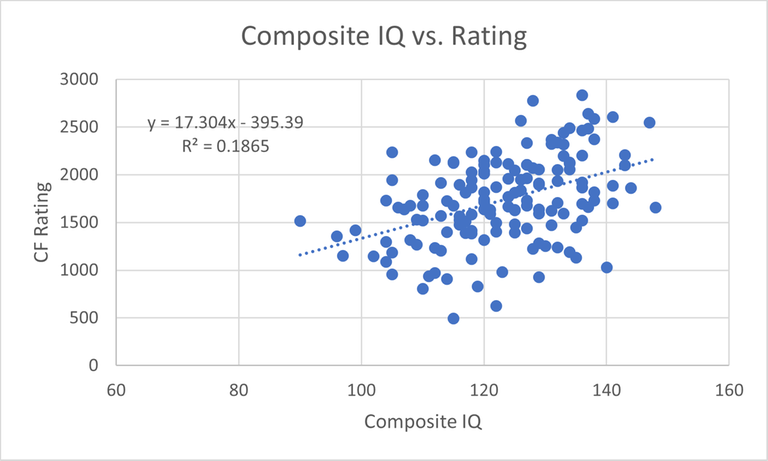 The R^2 value here is very low, and although you can see a general increase in rating as IQ increases, it is slight and full of outliers. 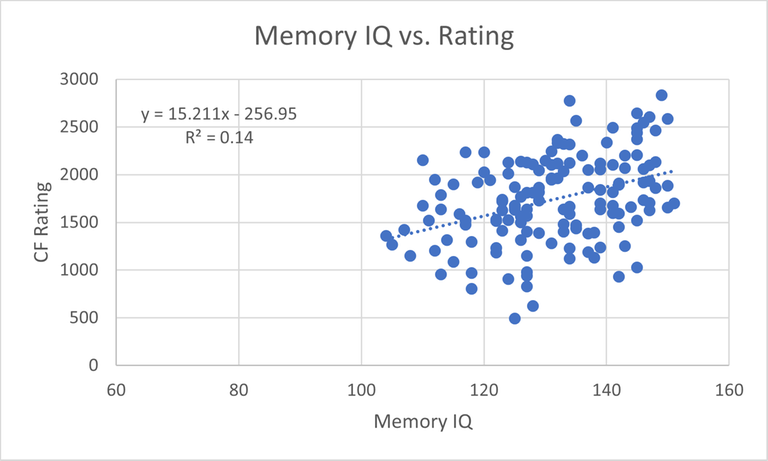 The Memory IQ section also had a low R^2 value, and although rating once again increases slightly with IQ, there are many outliers.

This section will have three separate graphs.

This graph is the combined results of both those fluent in English and not: 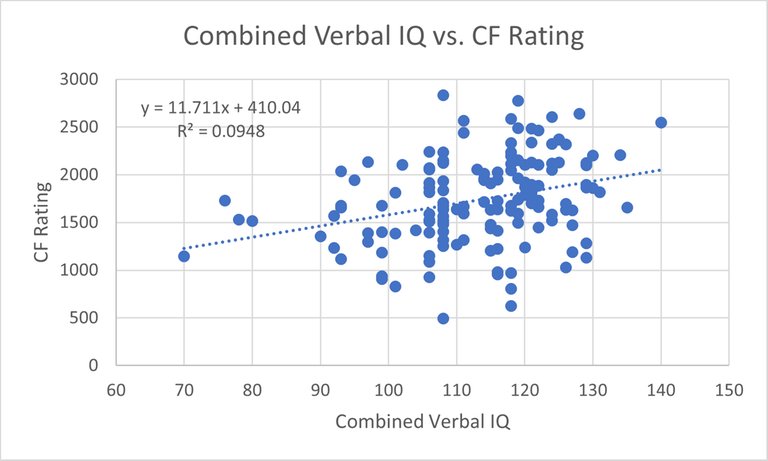 An even lower R^2 value is present here, implying no correlation. 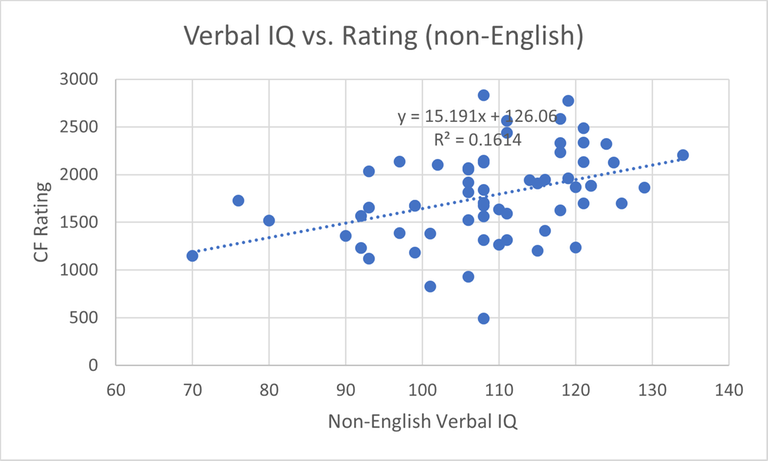 There is another weak correlation here. No trend can really be observed. 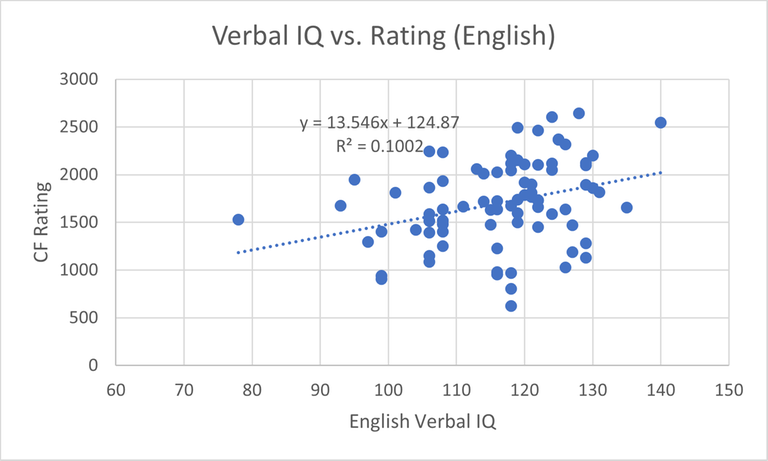 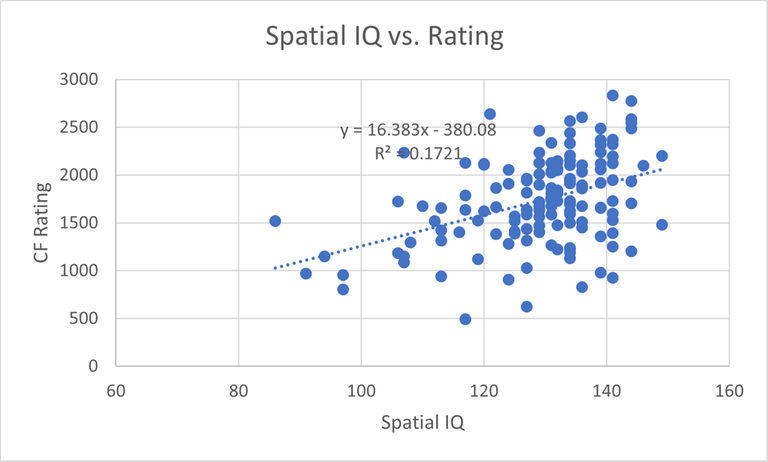 A general upward trend can be observed here, but once again with many outliers.

The verbal IQ section lowered many people’s scores, both English speakers and non-English speakers. Also, given it had the least correlation, it is easy to see that it affects rating less than all the other categories, which was expected.

Spatial and Memory IQ had more impact on rating than verbal.

What does this mean?

As some people were commenting on the previous blog, IQ can speed up improvement in CP, but is not a direct indicator of rating in any way.

Although these results were not what I expected, this does still provide hope that despite your IQ, hard work and dedication will drive you further.