By BledDest, history, 4 months ago, 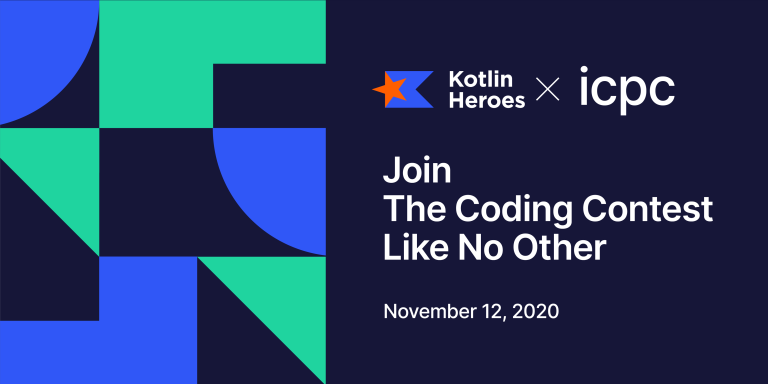 First and foremost, we would like to say a massive thank you to everyone who entered and submitted their answers to the first, second, third, and fourth Kotlin Heroes competitions which were held previously: Episode 1, Episode 2, Episode 3 and Episode 4.

Ready to challenge yourself to do better? The Kotlin Heroes 5: ICPC Round competition will be hosted on the Codeforces platform on 12.11.2020 17:35 (Московское время). The contest will last 2 hours 30 minutes and will feature a set of problems from simple ones, designed to be solvable by anyone, to hard ones, to make it interesting for seasoned competitive programmers.

Everyone who takes part in this round will get an electronic Participation Certificate.

There is also a special recognition prize from the ICPC: ICPC- experience, an invitation to the Moscow World Finals 2021, all-inclusive on-site (hotel, meals, ceremonies, and swag, are included; visa, flights, transportation to the contest location is not).

If you are still new to Kotlin we have prepared a tutorial on competitive programming in Kotlin and Kotlin Heroes 5: ICPC Round (Practice), where you can try to solve a few simple problems in Kotlin. All the solutions are open, which means that you can look at the solution even if you haven't solved the problem yet. The practice round is available by the link.

UPD: The editorial can be found here.

Announcement of Kotlin Heroes 5: ICPC Round