By BayHarborButcher, history, 2 years ago,

You are invited to CodeChef December Cook-Off 2018 sponsored by ShareChat. This is a 2.5-hour competition with 5 problems and it’s open to programmers across the globe. The contest problems will be available in English, Hindi, Bengali, Russian, Mandarin and Vietnamese.

Participants will also be in the running for some exciting jobs at ShareChat — India’s fastest growing social network.

To apply, all you need to do is fill the application form on the contest page and participate in the December Cook-Off.

I hope you will join your fellow programmers and enjoy the contest problems. Joining me on the problem setting panel are:

(For those who have not yet got their previous winning, please send an email to winners@codechef.com)

Hope to see you participating!!

Something weird with mash-up contests.

By BayHarborButcher, history, 2 years ago,

I have many contests in some group made for training, each of these contests consist of some old CF rounds. These contests are all mash-ups. Today I was opening one of these contests and codeforces tells me that he can't read any of the problems descriptors. Not only that, all the contests I created have the same problem.

Is that a result of some update to the system or what exactly?

By BayHarborButcher, history, 3 years ago,

Can anybody please provide a geometry playlist (contest) covering simple and basic concepts in 2D geometry. I would be really grateful if anybody could provide a playlist used in his trainings or university or anywhere (it's preferred not to be random picked problems)

There is something that's been bothering me

I just sometimes don't understand, why people upvote some stuff. Some stuff posted by reds (having no purpose) just a red who wanted to post something and he gets hundreds of upvotes.

ok he is a legendary guy with 5 times IQ as mine. But that post have nothing to do with the community, I mean there is something invented called personal blogs. winning the round doesn't make it awesome, you are awesome but the round being is relative.

I just have one question?

If I became red and had sex with a hot latina, and posted this here

How many upvotes I would get?

I don't care about contribution, just want to know how things get upvoted.

After like more than one year of the new rating change formula , I observed some things that should be mentioned. I don't know if somebody else think of them as not fair.

When you are a div2 participant and you manage to get like a top 3 rank. Your rating is gonna go far like 2050-2100 (and I've encountered people with like 2150). The opposite goes the same , when you are like red or yellow and you finish a contest miserably your rating will change by (-200 , -300 even more). My rating was dropped by like 250 the last round :v . But on the other side there were contests that I got my rating increased because of the opposite effect (and still not finding it fair).

I actually find this formula kind of unfair. If you are a coder who is expected to be ranked like (150-200) in a round. and you manage to be the 1st. It doesn't mean that you will be in the top 50 every single round. A lot of times luck does its job. Like I believe if tourist enters a combined round and submits a solution then his laptop broke and he skips the round he will go down to yellow :D. I saw a lot of people dropped very hard because they failed in a combined round and were gone to the bottom of the ranklist (that happened to me twice) , and once I jumped from the middle of Candidate to International (and I find this unfair).

The whole point is , if you are a div2 contestant and you get like 2100 after a perfect round , (there are people that I believe suffering in div1 to get that 2100) so you should compete against them to get it , not against div2 participants. The same applies for all colors (even if you're yellow and you did a perfect round like top 5 , It's not fair to go like 2500 in the same way) , Ok you should be rated as a grandmaster , but to go further you should proof that you are a grandmaster in few consecutive rounds. The same applies for dropping down.

I thought of sharing this here in CF , hope there are some people who agrees. 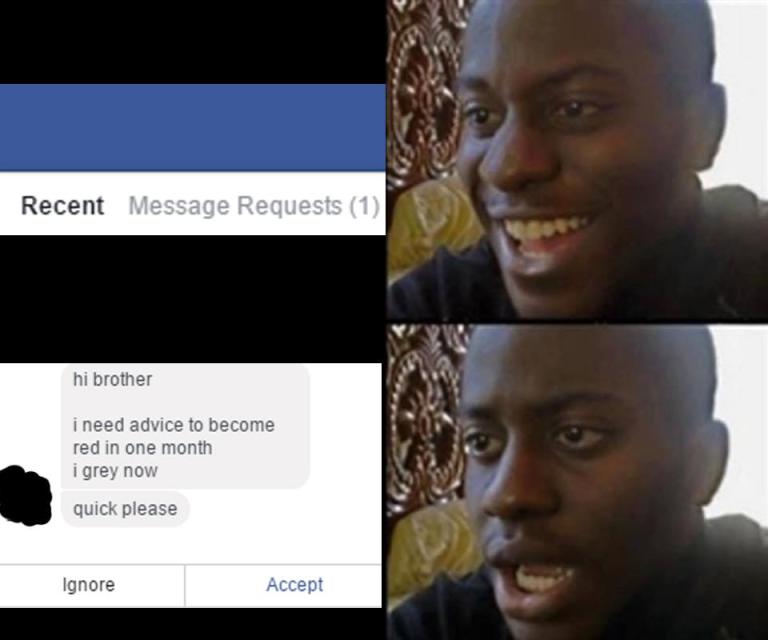 I have been wondering if someone could share a book which is kind of good to master the basics ... (vector algebra , 2d geometry lines and points and stuff , polygons ... etc)

Can somebody share the name of a nice book?

There is something that's been bothering me for a while now

Whenever you enter a virtual contest , you will find those green\grey guys who submit tourist codes or some red guy codes in 1 minute and lead the scoreboard?

does anybody know their purpose ? I thought of a lot of things but couldn't figure it out.

Who else had his rating decreased?

I recently saw my rating decreased .... and some of my friends were affected too

Is it a new formula? or a bug?

Will there be an online mirror for ACM ICPC WF ??

World Finals is about 30 hours ahead from now ...

Will there be an online mirror ??

I need Help please in this graph problem

So you have to find a solution where K is minimum

This can be solved by maximum matching.

But what if the vertex can belong to more than one path in the composition ???

Does anyone have any idea?

By BayHarborButcher, history, 6 years ago,

I noticed that Div1 contests problems' writers are trying to make div1A that kind that have an obstacle for the contestant.

you can notice that in yesterday's contest (for who participated)

the statement was very very cheesy so it was hard to realize what is the real target in the problem.

553B - Kyoya and Permutation

here we can notice that in div1B (but people said it was easier than A) but the statement was a problem too.

here it was really tricky too.

These are the last 4 div1 contests.

So what i wanna say is :

In the end it is a div2C problem ... so it isn't necessary to make it containing obstacles for div1.

Just make a div2C problem which isn't that hard to figure or solve.

It is just div2C i believe 80% of contestants in div1 must solve it.

I think all of you are thinking that if all contestants solved it easily then it is not proper for a div1 contest .

But i think if problems were sorted and clear and not "over-harded" it will be a more perfect contest.

Why aren't Div2 (only) rounds rated for some of Div1 Contestants ?

I am wondering why Div2 Contests are unrated for all of Div1 Contestants?

Becuase most of them try to solve only the first 3 problems in Div1 Contests (which are C , D , E of div2)

So they can participate every round ( either in Div2 or if there is a Div1 they participate with reds and international masters :D )

Because it's boring to wait for the next Div1 round .

Who agrees with me ?

I need Help Please in a kind of famous problem !!

I need help in this problem which is kind of famous

Count X , Y count how many distinct integers are between the Xth number and the Yth number (inclusive)

i searched but i didn't find any answer