Unknown Language Round #2
By A.K.Goharshady, 12 years ago,

It will be the usual ACM-ICPC unrated contest , so there is no hacking! The only feature - you will be able to submit problems using the only one, not very popular language. What? It's a secret! And I expect you'll have to learn the language at the time of contest since the used language will be a secret until ~1 minute before the start of contest.

Problem setters of this round are Alireza Farhadi, Saeed Ilchi, Sajjad Ghahramanpour, Zahra Rohanifar and Me. We are extremely grateful to Mike Mirzayanov and Artem Rakhov.

Number of problems will be more than usual and the problems concentrate on coding abilities rather than algorithmic view and problem solving techniques.

Congratulations to the top 3 winners who solved all problems:

The language for Unknown Language Round #2 is Io. Io was made in 2002, when Steve Dekorte (the author) was helping his friend, Dru Nelson, on making Cel programming language. Io is a completely object-oriented language and is similar to SmallTalk, Lua and Lisp. The version installed on Codeforces — Io-2008-01-07 (Win32).

One of Io's main aims was to reduce the size of code. So that the famous "Hello World!" application is only one line:

And here's a complete code of the "A+B" (A and B are given in separate lines) program written in Io:

During the contest, you can use the "Custom Test" tab, but we can not guarantee its performance if too many contestants will use it. In this case, be prepared to install an interpreter locally.

More information is found on Wikipedia, and the language guide is here. Find out more about Io by searching in Google. Good luck and have fun!

Please note: Io interpretor always returns 0 as exit code and we have no syntax checker, all "Runtime Error" and "Compilation Error" verdicts will be changed to "Wrong Answer". So "Wrong Answer" can be interpreted as:

Note: Problems are not ordered from easiest to hardest. They are placed in random order. 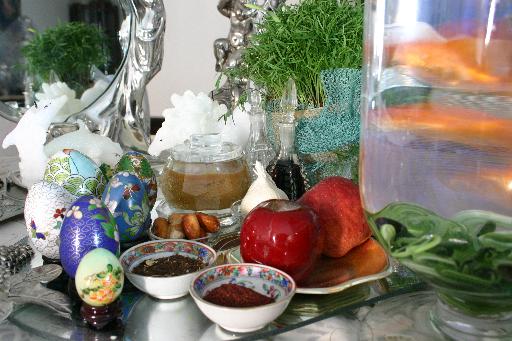 The pictures show Haft-sin, one of Noruz traditions.

Unknown language round #2 will be held on Sunday, 20th of March, The new Persian year eve! 21st of March, is the first day of Persian new year and first day of spring. This day is called Noruz and is officially a holiday in Iran, Afghanistan, Albania, Uzbekistan, Kazakhstan, Azerbaijan, Tajikistan, Georgia, Iraqi Kurdistan, Turkmenistan, Kyrgyzstan and Kosovo. Noruz is celebrated by over 300 million people and for more than 3000 years.

As 20th of March is the day of nationalization of Iranian oil, we like to dedicate this round to Dr.Mohammad Mosaddegh.

Announcement of Unknown Language Round #2