By MikeMirzayanov, 7 years ago, translation, 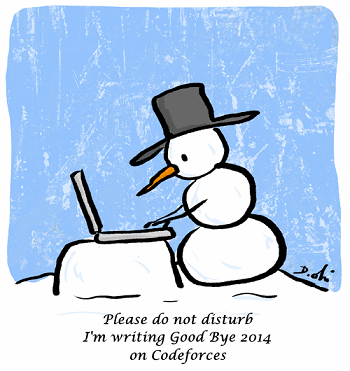 It seems it is time to take stock. Frankly, I was almost feared to start summing statistics of 2014. In 2013 Codeforces showed rapid growth so that it would not be surprising to look bad on the background of 2013. Certainly not! I was pleasantly surprised by the statistics and reports!

Just below is a list of major events and achievements of Codeforces over the year. For you, it's just a list, but please note — every item includes hard work of multi-day Codeforces team, writers of problems, the organizers of contests and tournaments, problem testers and volunteers. Yay! Together we have done all of this: 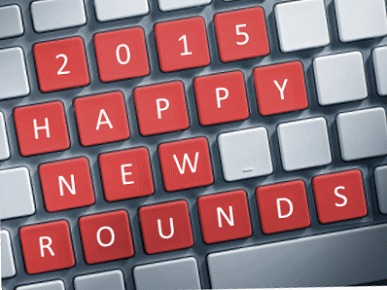 In this cold January day, I send warm greetings to the Codeforces team and our friends: developers, problem coordinators, problem writers, testers, tireless bloggers and all of you — the knowledge-hungry competitors!

And here is a comparison with previous years of Codeforces. Clearly. In Pictures. 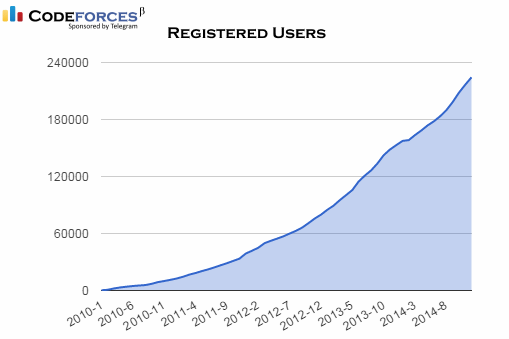 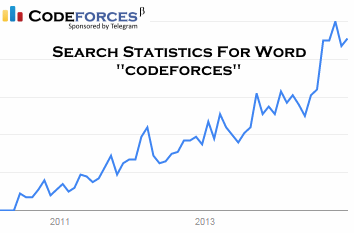 Searches of codeforces in Internet (trends.google.com) 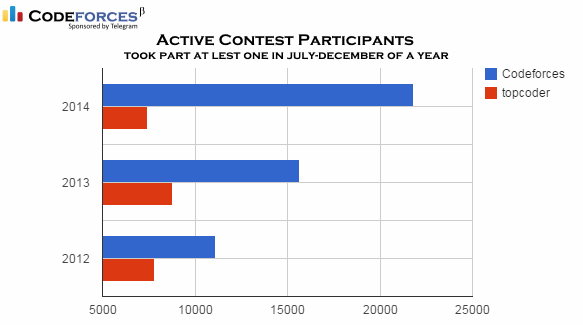 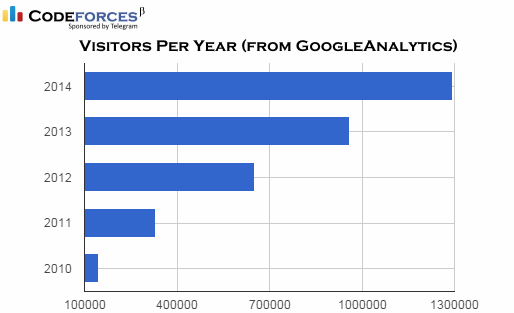 Number of unique visitors (from GoogleAnalytics) 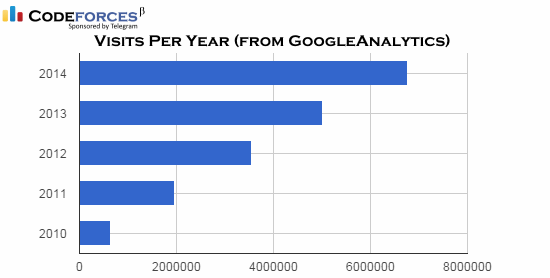 Number of visits (sessions) (from GoogleAnalytics) 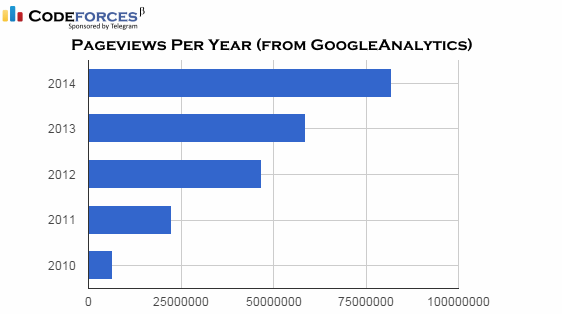 Number of pageviews (from GoogleAnalytics)

P.S. Even I was surprised by statistics of 2014. There is a selfie in the moment when Good Bye 2014 registration ends. 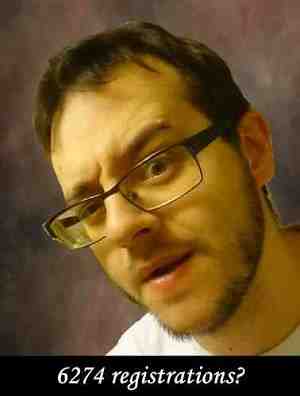