The train number nine from Saratov to Moscow was a pleasant surprise. Every compartment in our wagon had a small TV, outlets, and each passenger could use a personal safe with a code lock. Of course, we didn't turn the TV on and didn't use the safes. Imagine how ironic it would be if we put there, say, a passport and forgot the code number. 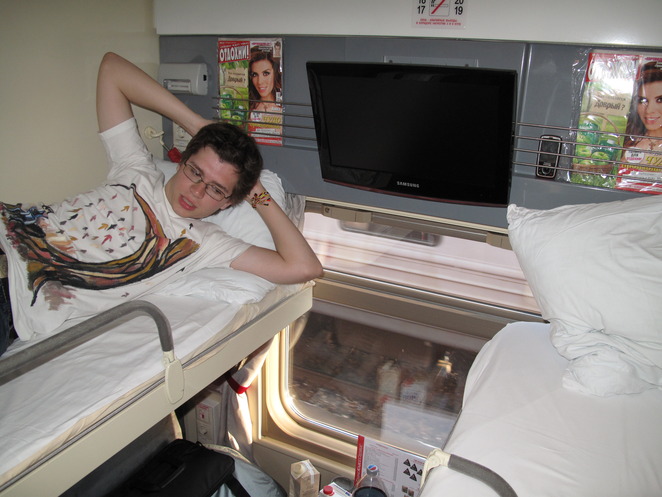 Note that there's not only a TV, but also also outlets behind Nickolay.

In Moscow we had a little snack in some seedy railway eatery (in fact, Kolya and Artem went to Mcdonalds) and got on an express to the Domodedovo Airport. The fun lasted 40 minutes and cost 12 USD rubles each. Russian Railways have a good business!

We met Roman Alekseenkov (ralekseenkov). at the airport. A couple of days before the journey we found out that he goes to the States on business at approximately the same time as we do and he too flies from Domodedovo. And we had some time to recall the heroic deeds of the past and discuss the urgent needs of the present. By the way, the world champion accompanied us up to the very gate. That was a very nice addition to the departure. 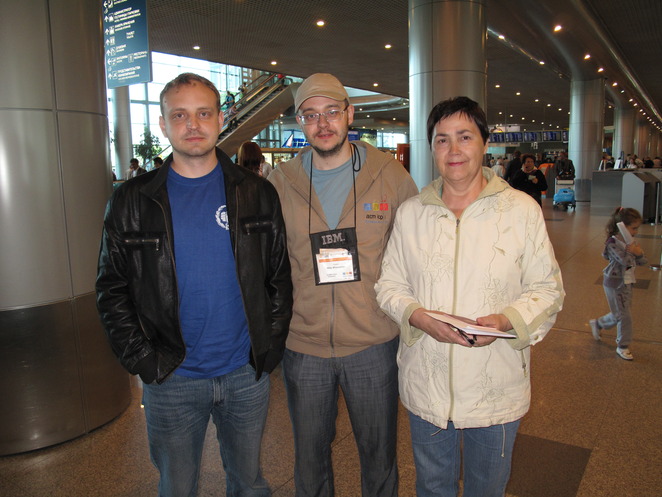 The 2006 world champion Roman Alexeenkov meets us at the airport.

Unfortunately, the United Airlines had something unpleasant in store for us. Our flight was delayed and the board said 14:05 instead of the expected 12:45. As we changed the planes in Washington, managing to arrive to the Washington-Orlando flight in time promised to be a challenging task.

The real situation, however, was much worse. Our plane to Washington took off later that it had to and when it landed in USA, our Washington-Orlando flight was already in its way to Orlando. Thus, we had to rebook to the next flight to Orlando and it was well past midnight when we got to Rosen Centre Hotel.

In the morning we had breakfast (the breakfast was disgusting: fatty bacon, sausages, some chicken chops - no one liked it) and took a walk along the International Drive. I have to note that it was more than hot in Orlando. Due to high humidity it felt just like in a sauna. Besides, the sun fried our heads with a particular vigour, and everybody soon bought hats. It turned out that I was the only one to take a baseball cap with me from Saratov, but everyone found a hat to his/her taste. 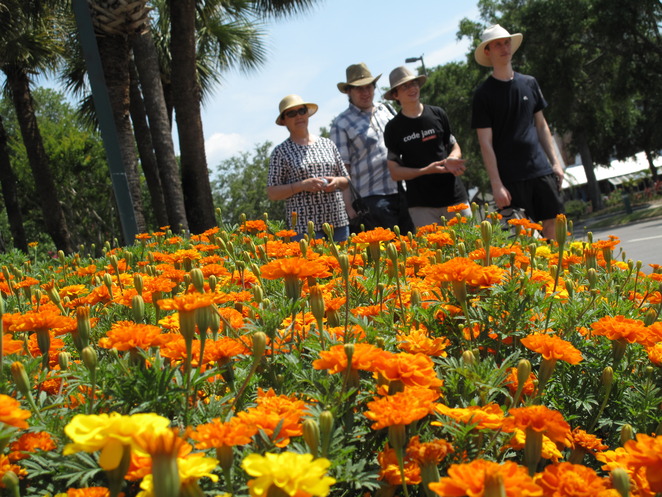 ...everyone found a hat to his/her taste.

A little fried under the sun, MikeMirzayanov

UPD 1. Artem reminded me that I've forgotten to mention an interesting fact about the team: Maxim and Artem have birthdays on the same day, on October, 8! The magic of numbers in action! 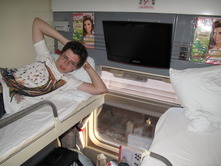 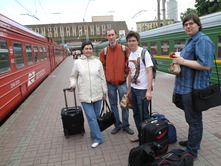 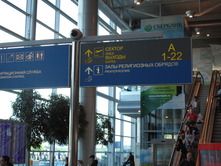 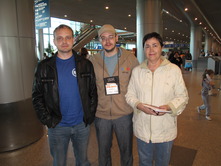 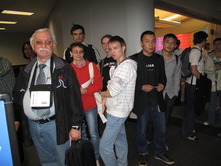 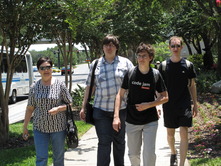 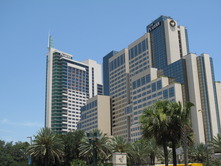 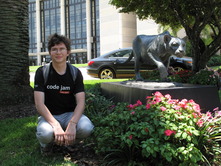 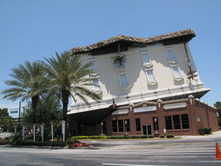 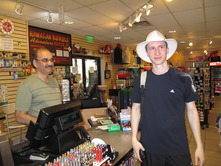 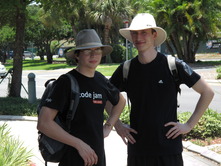 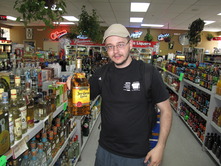 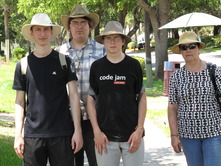 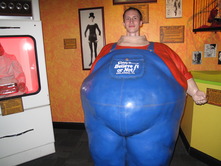 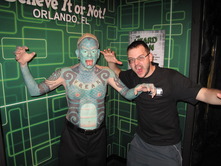 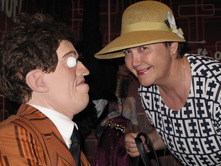 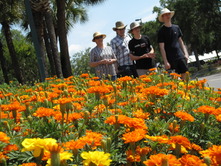