ACM-ICPC 2011 Finals: Before the Opening
By MikeMirzayanov, 10 years ago, translation,

On May, 25 in the evening we attended a dinner show called "Treasure Tavern". Dinner combined with show is a rather popular entertainment format here. There were several variants and we chose this as the least childish one. In fact, the show combined elements of a stand-up comedy, a musical and a circus. It all was spiced up with the entourage of a kind of a cabaret tavern with waitresses in short dresses. However, apart from a dosen of vulgar jokes the tavern theme didn't develop. During the show we didn't understand lots of stuff, but the artists' performance was on the top level. We were impressed by a dancing couple, where the woman was sometimes hidden for literally a second behind a special curtain and the next moment she appeared in a new garment. The gymnasts' performance was also on the top level. We weren't particularly impressed by the food, but on the plus side, it was the first time I've tasted meat with blood and I liked it. On our way home Artem even went to Burger King (I understand him). 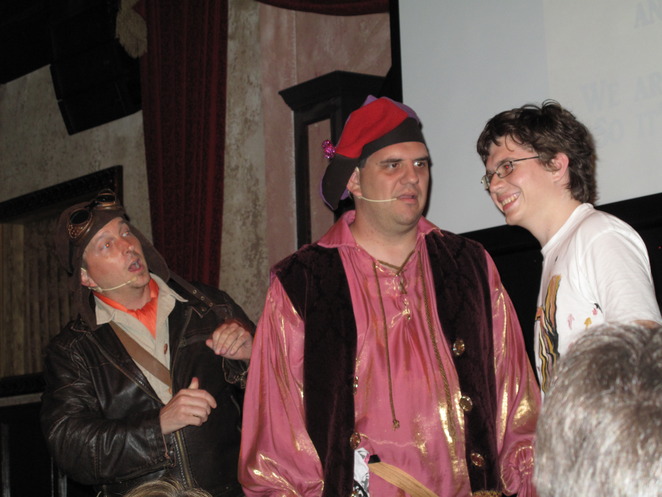 We spent nearly the whole 26 May in the Universal Islands of Adventure park. There are quite many parks around Orlando: five from Disney, a couple from Universal and several independent parks.

After a short googling and having received recommendations of Codeforces users from Orlando, we went to the Universal Islands of Adventure. Firstly, I have to say that we did not particularly liked the place. Perhaps, we should have taken the ticket upgrade at once - the upgrade puts you in from of the line to an attraction. The thing is that it took an hour to stand in line to any attraction. Spending an hour to have a 5 minute ride is some adventure. Anyway, we rode huge roller coasters, had a river cruise along the Jurassic Park and participated in Spiderman's heroic deeds. 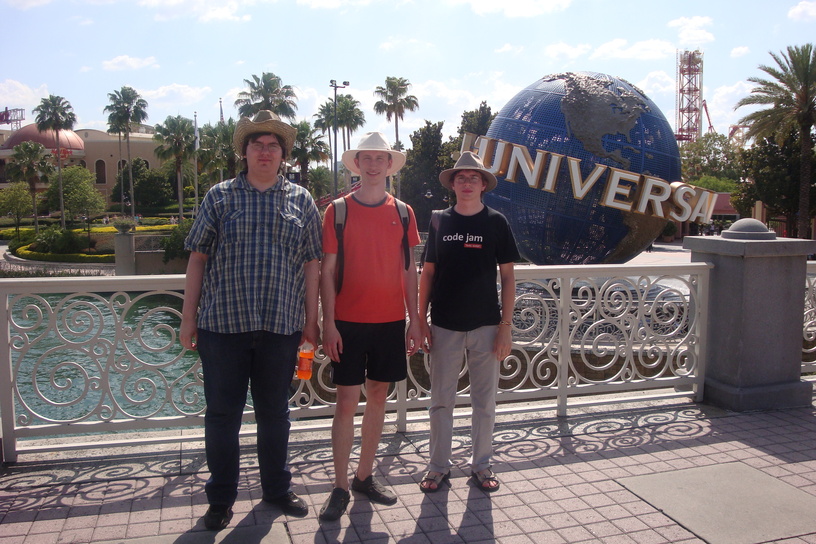 Next day we moved to The Peabody Hotel. It produced the impression of the largest hotel of all where the finals were held. Some crazy huge halls, many buildings. We didn't meet all the Russian teams on the Registration, somebody must be coming (or registrating) a little bit later. The dinner was a disappointment - tasteless spicy soups, some corn chips (it must be the Mexican variant). Artem and I had had a very successful trip to China Buffet and weren't hungry at all. 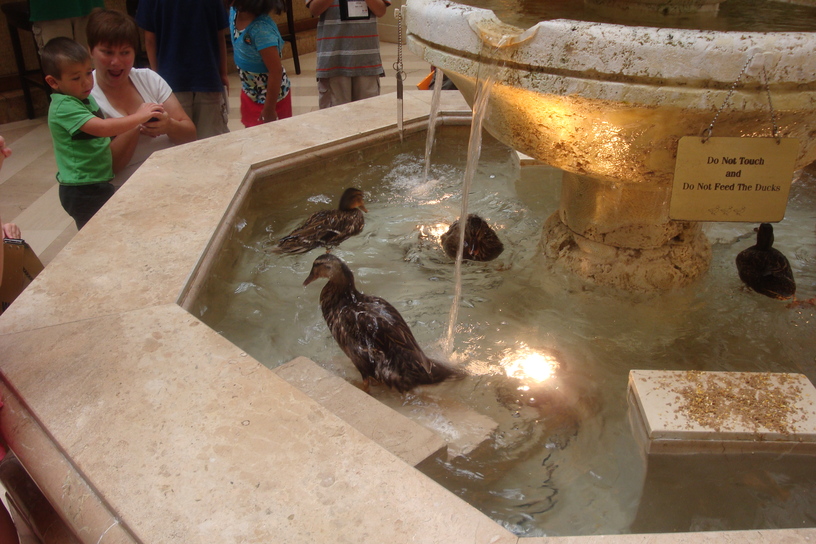 Ducks are objects of adoration in the hotel. That's, for example, a fountain in one of the hall 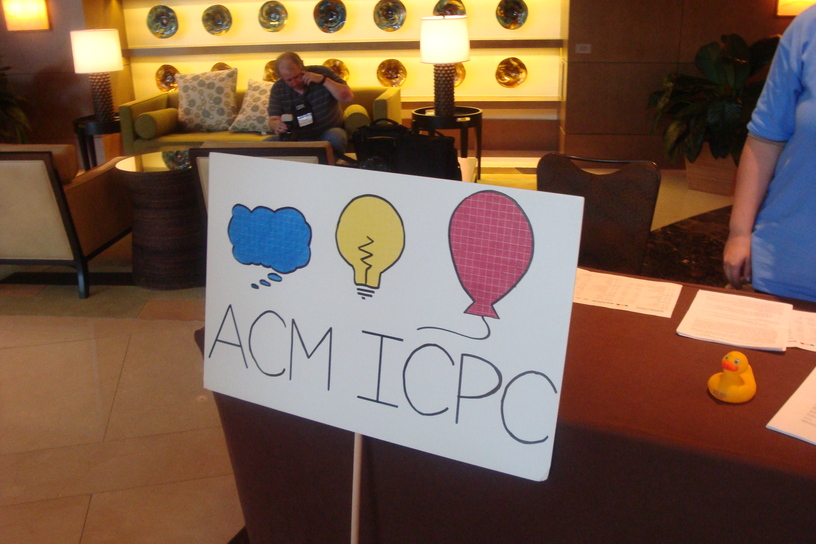 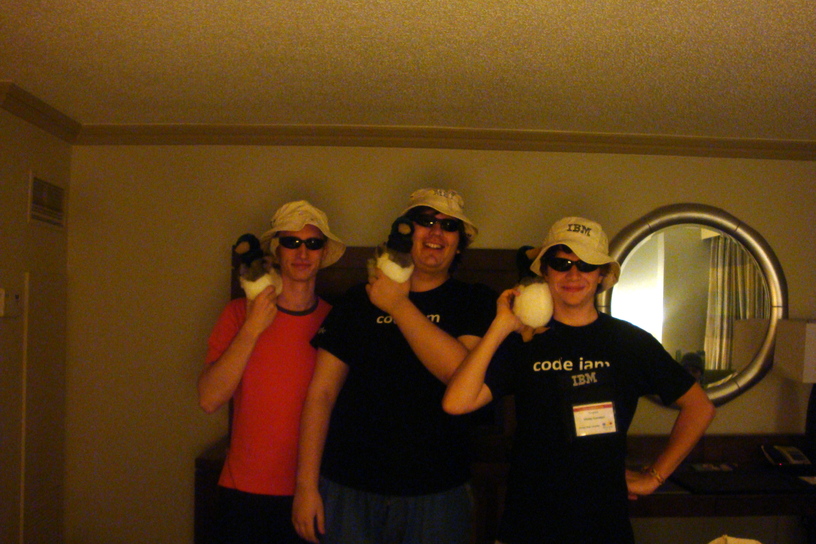 At the registration we were presented with Panama hats, black grasses and: plush ducks! 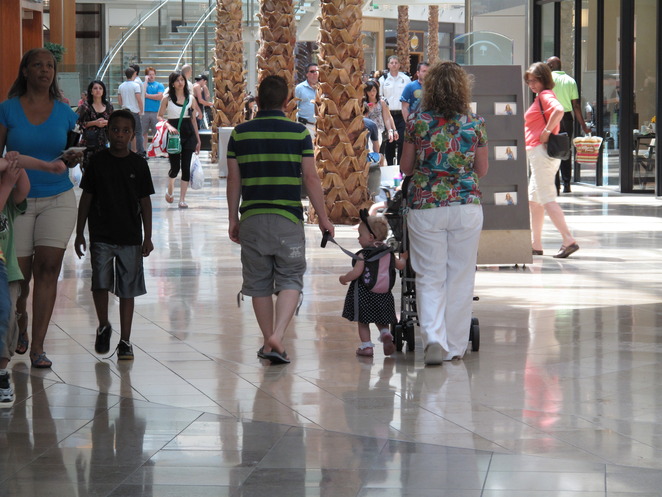 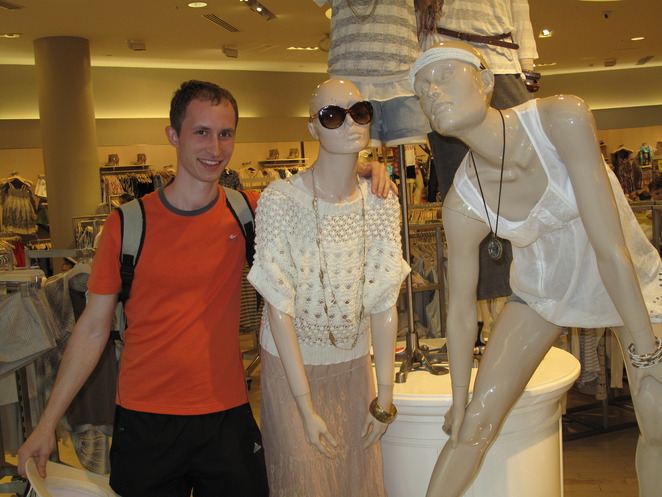 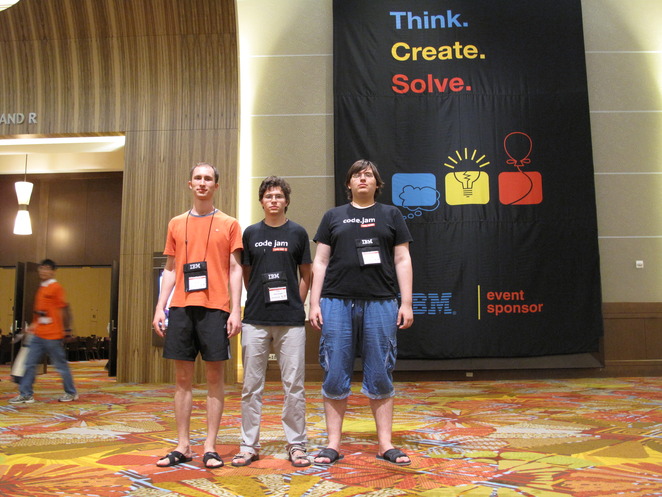 A giant ACM-ICPC banner and the Saratov SU #2 team