Session with Bill Paucher on the Quora

By gKseni, 4 years ago, translation,

On the 26th of September there was the second session with Bill Paucher on the Quora. There were less questions, but answers were not less interesting. For example, three of them:


What are the pre-requisites for starting competitive programming aimed at developing strong coding skills?

I really don’t know. Look at the works of the younger generations of the ICPC extended family (pretty much everything out their on the Internet that relates to sports programming). But let me give it a try, assuming you don’t have resources. 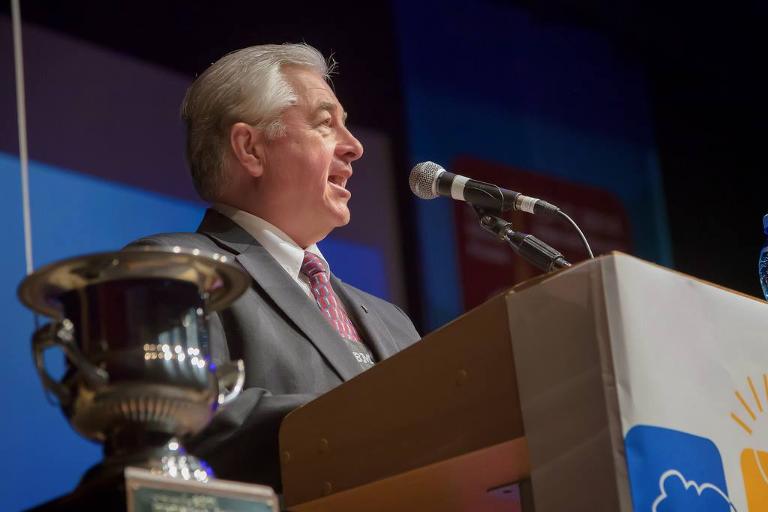 What are some of the common personal traits among the winners of the ACM-ICPC?

Typically, they are young.

Many winners are young. In fact, people might say, “Wow, these students at the World Finals are a little on the awkward side.” Check them out 4 years later.

They're brilliant and work hard! They're often 2 years younger than the average age of a contestant at the regional contest. Few have traveled outside of their comfort zone.

So now they travel to Warsaw, Poland, or St. Petersburg, Russia or Ekaterinburg, Russia or Marrakech, Morocco or Phuket, Thailand or in the Rapid City, South Dakota and the Black Hills. They are picked up at the airport and given VIP treatment at the ACM-ICPC World Finals. There is pageantry and press. And there they are, ready to compete but wondering just how well they will measure up.

They are from all over the planet.

They may be standouts in on-line competitive programming. In 2011, one team were all track athletes. I know because they asked to come a day late. They were competing in a relay in the NCAA Track & Field Finals. A lot have musical talent. There is more about this in another post.

Our model for the World Finals is visiting my grandmother in Verona, Mississippi. You had to get there. But you could count on a comfortable place to sleep, plenty of good food, gifts, treats, and lots of play in a family community. You never had to compete for affection. But, you might have to compete for attention.

So the ICPC World Finals invites folks from every culture in the world. There is respect and a sense of family that affirms. An IBM executive attended once and asked me a question as we were leaving. He said, “Bill, I don’t understand how you do it!” I asked him, “Do what?” “There were absolutely no diversity issues, none at all!” I didn’t know he had that responsibility. This was a decade ago. I said, “When you bring together young problem solvers and greet them with affection and respect, I don’t think you have to do anything at all other than being just.” I still believe that. I also don’t believe that there is a substitute.

They are very nice and attentive.

We were at the Beverly Hilton during the Academy Awards one year. There were celebrities everywhere. There is a story there, but I will never tell the Saran Wrap story. Just be careful when inspecting the Honeymoon Suite. Even though you think that it is empty, you might find a big surprise intended for another. :)

Anyway, the environment was very cool. Sean Connery came by to the IBM Chill Zone and enjoyed the play. He asked when and where it would be the next year so he might be able to attend. Elizabeth Taylor was at breakfast. Lionel Richie was performing at a parallel function. Jennifer Lawrence was there. Those folks were very nice. However, some of the other celebrities were pretty demanding.

The hotel management team was edgy about bringing in several hundred college students during the Academy Awards. All U.S. hotels are very aware of the potential damage during college Spring Break. I had assured them that the ACM ICPC World Finals sponsored by IBM was an entirely different clientele.

After the World Finals was over, the hotel manager told us ours was the nicest, most courteous group ever. He continued telling me that not only was there no damage, the group had actually fixed some problems in the rooms and helped them improve their Internet service! That is typical of the entire World Finals community.

They are problem solvers when not competing. They are attentive.

One of my favorite stories was a call from hotel management at the San Antonio Hilton about a team hanging around and operating the elevators. So I went down to see what was going on. There was a team there watching the elevators operate. I then heard one of them say, “That is the dumbest elevator algorithm I’ve ever seen.” They know their algorithms. Most of the problems of folks lingering at elevators are not from folks trying to figure out how the elevator works.

Another distinctive is that they watch, they listen, and they ask good questions. There is a robust level of subtle communication that is not verbal. Teams are synchronized.

Their minds are transforming and their world is growing.

That’s what sports programming tells you. It’s just like golf. Playing with the best makes you better.

ICPC alumni and the ICPC community.

I regularly hear from ICPC alumni. There are a lot of success stories. It’s about raising aspirations. It’s about changing views about your life and possibilities. There is one common thing that really brings some warmth to my heart.

There is the transition from resident to citizen. The trajectory rises from simply doing well to making a contribution. They have choices, global choices. And they have the experience of visiting grandma’s house.

As an academic extra-curricular activity, folks that are attracted to coach, judge, produce, and assist the ICPC competition have a common view. We want all students to have a stake in life and make a difference.

We want students to discover that there are gifted people everywhere in the world who are on a trajectory of excellence in problem solving. We've got some global problems that they will need to solve — problems that folks can only solve by working together.


What resources (books etc) you recommend for preparing for ICPC?

Use Quora to search for advice from coaches and contestants today. Also look at any of the great on-line competitive programming programs (CodeForces, CodeChef, HackerRack, TopCoder, (all are part of the greater ICPC family who love the sport).

I’m sure I’m leaving out a host of friends. Sorry. Contact me and I will add you to the post.

Of course, you want to search the Internet for ideas. Your most reliable sources will come from folks who have recent success and have a passion for sports programming.

From time to time Bill writes not during the session — that is his last answer.