By Shafaet, history, 6 years ago,

Hello Codeforces Community, I am glad to share HackerRank World Codesprint 11 starting on 26th May 2017. The contest duration is 24 * 2 =48 hours.

The winners of the contest will win up to 2000USD cash prizes. Also, there are opportunities to win T-shirts and Amazon Gift cards.

The contest will be rated. If two person gets the same score, the person who reached the score first will be ranked higher. There will be 7 algorithmic challenges in the contest including an approximate challenge.

Update: Contest is starting in 10 minutes.

Update: The contest ended, congrats to the winners. 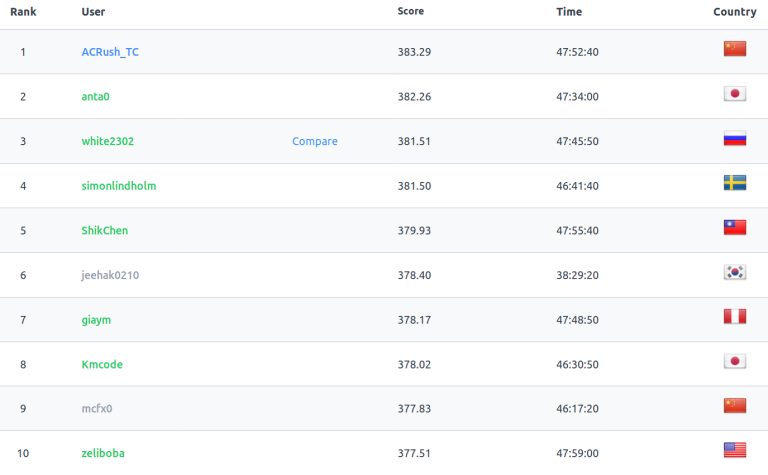