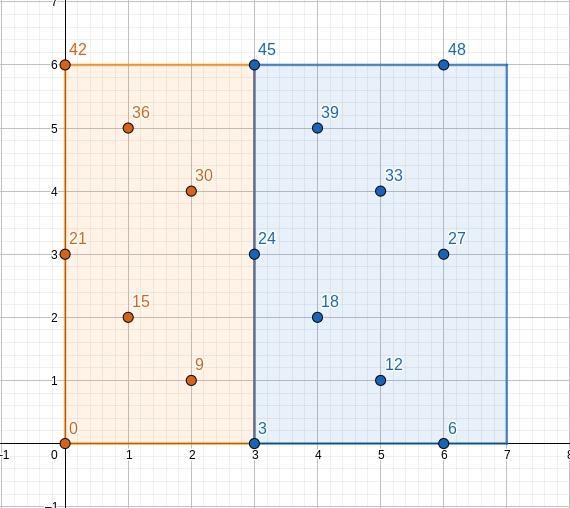 And then return the result subtracted from $$$q$$$. This makes proper transition and the maximization problem may be reduced to the minimization one in the similar manner. In the end it all may be written in a pretty short code piece:

The solution here is a bit sketchy as I only heard some continued fraction solution in Petrozavodsk and tried to recover it here using basic facts about continued fractions from Wikipedia, sorry for that. There may also be $$$M > C^2$$$ solution for this case, but I couldn't figure it out.

P.S. I'd like to write some comprehensive article about continued fractions, but I need to solve some problems on it first. I would highly appreciate if you suggest some of those in the comments! Also feel free to share if you have any other solutions to this problem.