Its just a person, who's solution gets skipped on after contest, and they are out of competition, but it was rated for them. Nothing else, its a totally okay to be a X-User, however i won't prefer it.

I have hosted it on Heroku for now, and I hope it will be fast to load and won't crash.

Also highly unlikely,but if you think your name has been wrongly added as a X-Users, drop a comment. It's very easy to remove your name and everything from there.

Here are some Screenshots 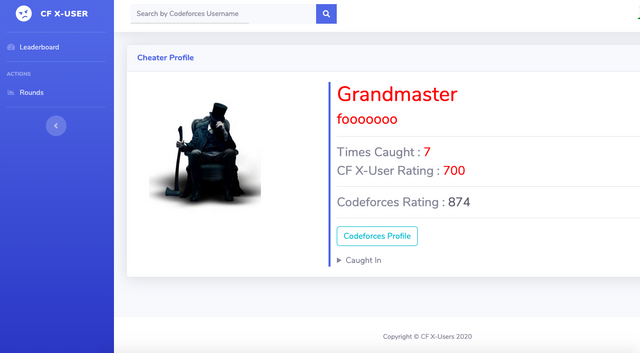 If you want to suggest something let me know.